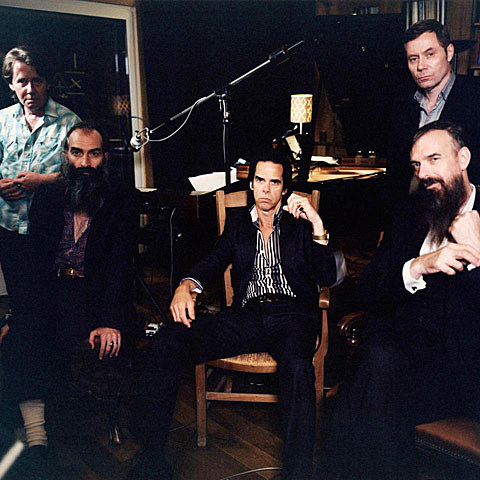 Dates in Dallas and the surrounding area right around SXSW indicated it, but now we have confirmation that Nick Cave & The Bad Seeds will indeed perform at the Austin festival. Look for the boys to hit Stubb's on March 13th as part of the NPR Showcase with more artists still TBA.

In addition, Cave will make another public appearance the day before:

On Tuesday, 12th March, in conjunction with his SXSW performance, SXSW Film and Music will host Nick Cave in Conversation with New York based author Larry Ratso Sloman. Sloman's numerous collaborators include Howard Stern, David Blaine, magic historian William Kalush and Anthony Kiedis of The Red Hot Chili Peppers, with whom he worked on the memoir Scar Tissue. Sloman also wrote an account of Bob Dylan's 1975 Rolling Thunder Revue tour, On the Road with Bob Dylan, and penned Reefer Madness, a history of marijuana use in the United States

Keep an eye on SXSW's site for more details.

Updated tour dates and a video for the latest new song to emerge, "Jubilee Street", are below.