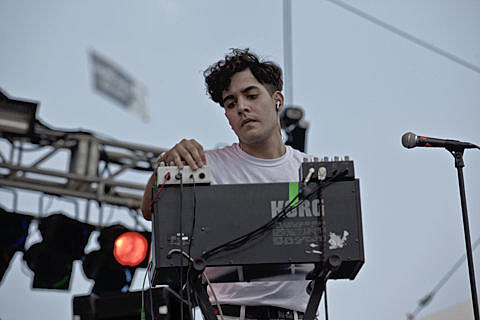 He may split his time between Texas and Brooklyn, but when Neon Indian wants to party for New Year's Eve he chooses -- this year at least -- Austin where he'll be ringing in 2013 at Mohawk. Tickets are on sale now.

Meanwhile, Neon Indian main man Alan Palomo has branched out into filmmaking, writing and directing an animated sci-fi short called Outer Osmo Ghost Mode, that was animated Johnny Woods and stars the vocal talents of Chairlift's Caroline Polnachek as "Osmo." You can watch it below, and folks in Brooklyn can ask him questions at a public screening tonight (11/30).