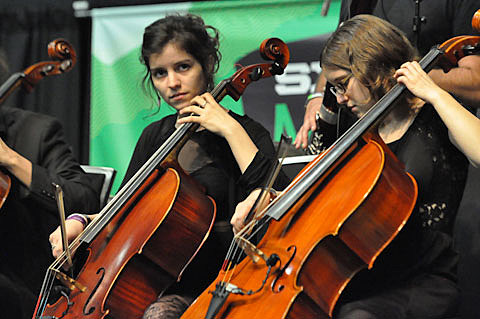 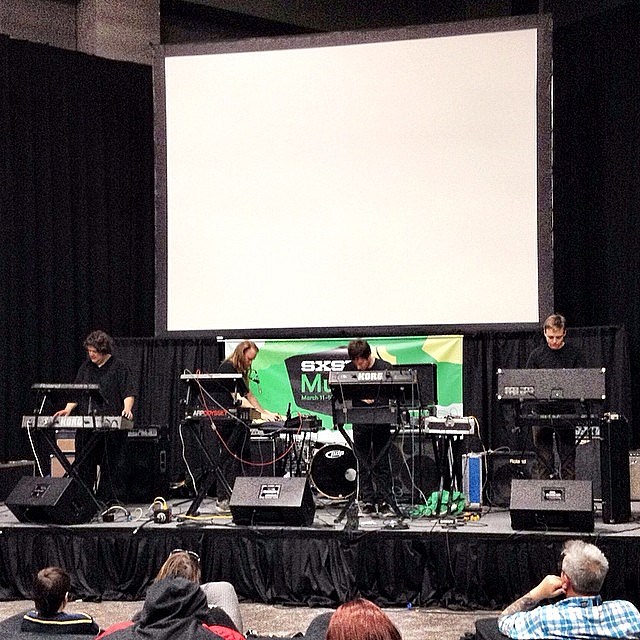 "To end the shows in the Austin Convention Center for the day Mother Falcon played to the largest crowd I've seen at that stage yet. Giving a completely magical performance, they were definitely a great way to end the day." [B-Sides]

Thanks to all who stopped by the BrooklynVegan/BV Austin-curated portion of the Flatstock stage in the Convention Center on Saturday with sets by Bronze Whale, S U R V I V E, and Mother Falcon. BW pics are still on the way, but we have some more pictures from the latter's performance below... 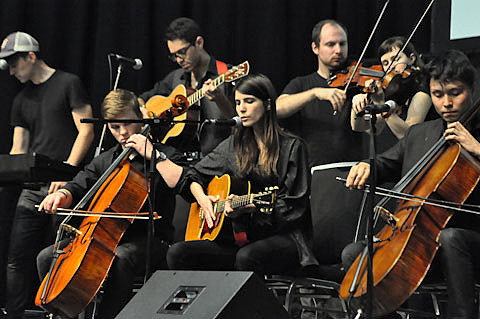 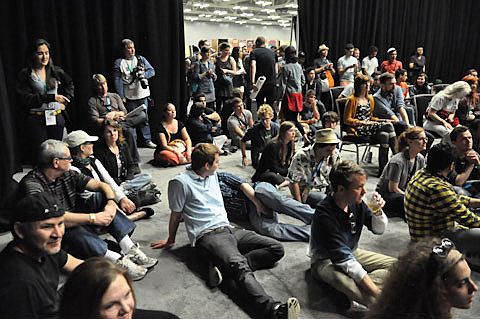 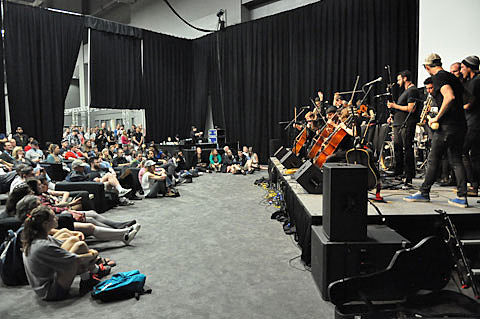 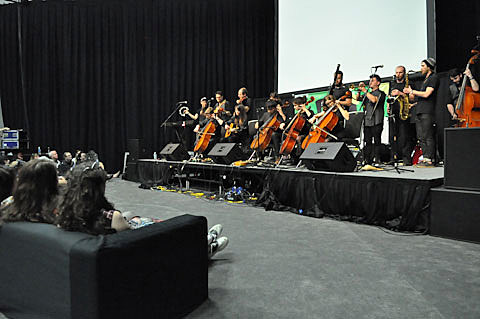 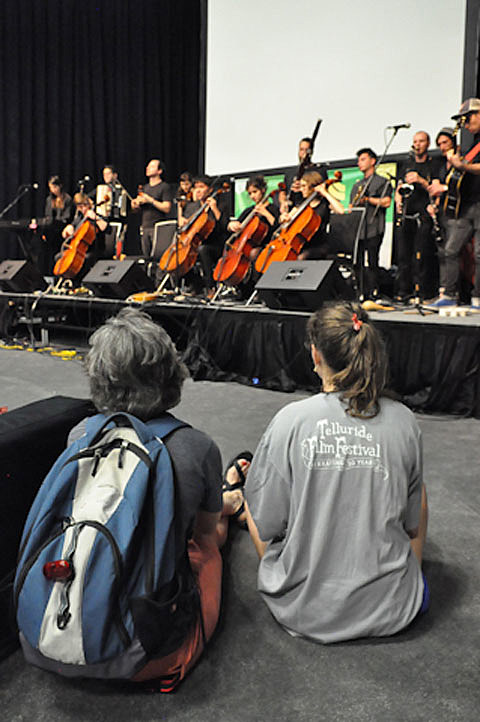 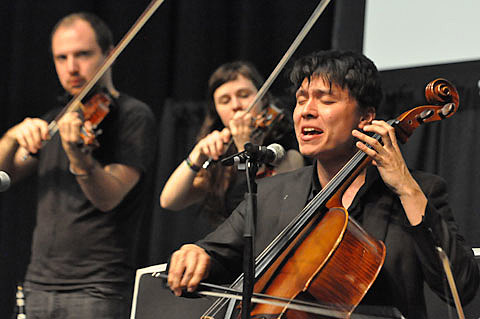 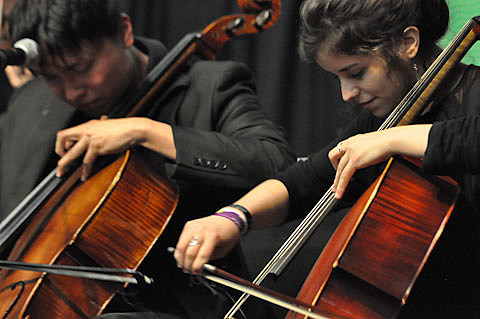 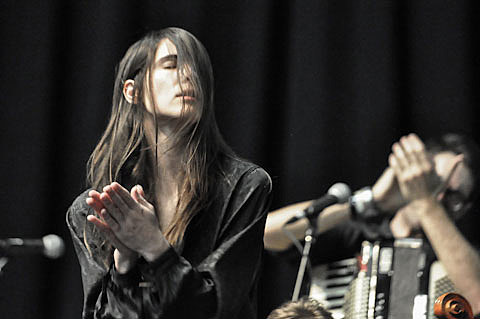 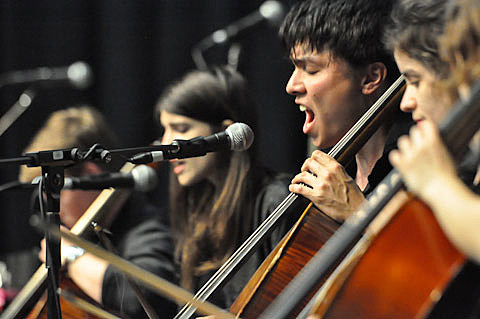 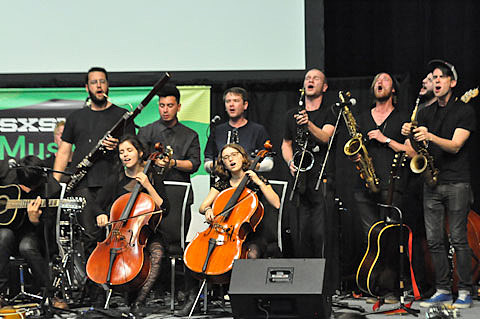 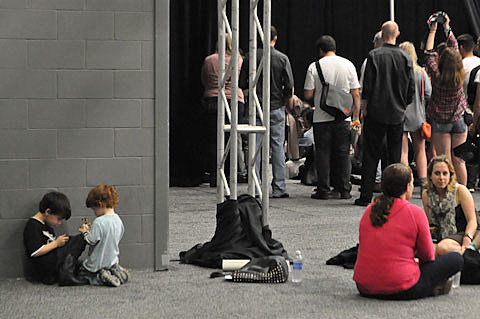 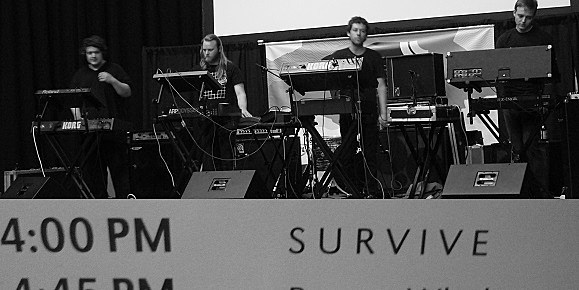