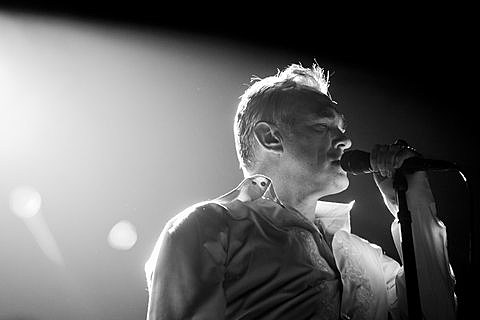 As mentioned on BrooklynVegan, Morrissey announced a 2013 tour which includes rescheduled dates for the shows he had to postpone to be with his ailing mother, and several new ones too. The new tour brings him to TX on February 12 at Tricky Falls in El Paso, February 13 at Austin Music Hall in Austin, February 15 at Pharr Events Center in Pharr, February 16 at Jefferson Theater in Beaumont, and February 18 at Palladium in Dallas. Ticket info for the shows is forthcoming.