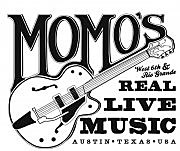 It is with a heavy heart that I announce after 11 years Momo's on 6th is closing. While I cannot go into all the details, legally I can say the following "The building that is currently home to Momo's is under construction and undergoing a large renovation. Under present circumstances, Momo's will no longer be operating at this location. The building owner is working with Momo's to secure a new home and hope to find one as soon as possible."

Momo's is not alone. A number of downtown bars and restaurants have shuffled around this year: Union Park left West Sixth Street for the Domain, 219 West relocated to West Sixth from Fourth Street, and Hickory Street Bar and Grill made way for a future high rise.

Real estate investors bought the building both Momo's and Katz's Deli was housed in. Oveisi said he was already scouting for new locations and hoped to have an announcement in early 2012 of where Momo's would relocate. Burns speculated Momo's would be moving into an area with lower rent prices.

"I have so much respect for people that own live music venues in Austin because they are not as profitable as one might imagine," Burns said.