Melvins at Marylan Deathfest, May 2013 (more by Fred Pessaro) 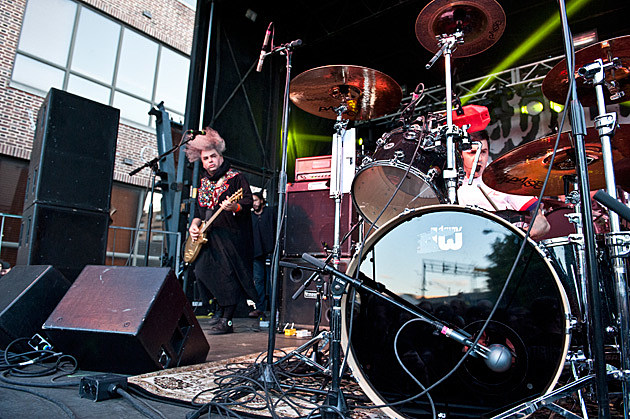 BrooklynVegan has the scoop on the Melvins' 30 year anniversary tour, one that will swing the band from coast to coast and including three stops in TX. Those include Austin for a date at Mohawk on August 9 with Honky. Tickets are on sale. If you go, make sure and take the advice of Invisible Oranges by sticking around after the Melvins bid adieu; Lord Dying is on board to play Mohawk on August 9 too, as part of a Melvins after-party with Howl.

The Melvins have other TX dates too, playing Houston on August 8 at Warehouse Live (tickets), and August 10 in Dallas at Trees (tickets). All dates are listed on BV.