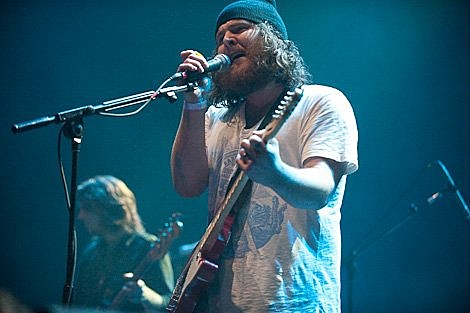 Manchester Orchestra will be embarking on a spring tour with Balance & Composure and Kevin Devine (who is in Bad Books with Manchester's Andy Hull) in support of their fourth album, Cope, which is due out April 1. You can listen to its lead single, "Top Notch," at the bottom of the post. They will play Houston on April 21 at House of Blues, Austin on April 22 at Emo's, and Dallas on April 23 at House of Blue. Tickets for Houston and Dallas go on sale Friday (1/24) at 10 AM with Live Nation and Ticketmaster presales starting Wednesday (1/22) at 10 AM. Tickets for Austin go on sale Thursday (1/23).

Full tour information and more at BrooklynVegan. Stream the new single below...