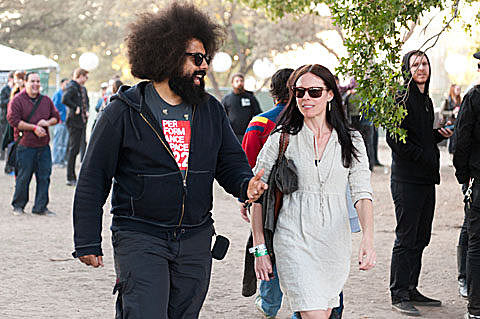 Hello BV Austin readers! How's it going? Getting your bunz in gear for the impending arrival of SXSW and the multitude of activities it presents you with? Man, I'd hate to be in your shoes. So much to see. So much to hear. So much to eat and drink. Comedy. Music. Cinema. Workshops. The stress of creating an itinerary for myself would be enough to drive me to suicide. Rats off to ya!

Anywhoozle, great comedy is always a part of SXSW. However, this year the mofos at SXSW are going to be dropping a freaking A-Bomb of comedy on y'all. Like, literally, twice the comedy than last year. The SXSW Comedy assplosion will happen from March 10th through 17th and boast a roster of 62 comedians. I mean, shit, you guys are getting Doug Loves Movies, The Benson Interruption, the cast of Bob's Burgers, Risk!, The Chris Gethard show, and more. There's also going to be a whopping 8 live podcast recordings including WTF with Marc Maron (featuring Jeffrey Tambor) and Comedy Bang! Bang!, hosted by Scott Aukerman. Sketch, stand-up, improv, panels, podcast recordings... Y'all are getting spoiled to death! Stop setting jealousy traps, SxSW!!

Schedule and comedian lists below...