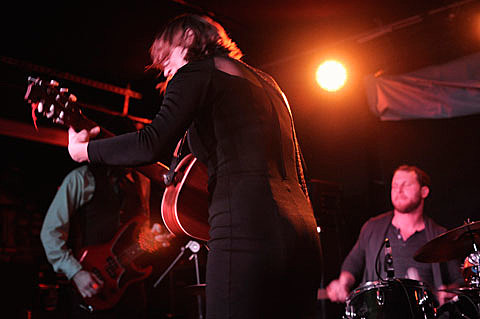 The Austin show is just one of four shows Gibson is playing in Texas beginning this weekend, with others in Marfa, Denton, and Houston. All dates at BrooklynVegan.

Her new album La Grande was released via Barsuk last week, along with a new video for "La Grande", which you can watch below. "It's sort of a cross between Mary Poppins and The Shining," said Gibson of the video.. Check it out...