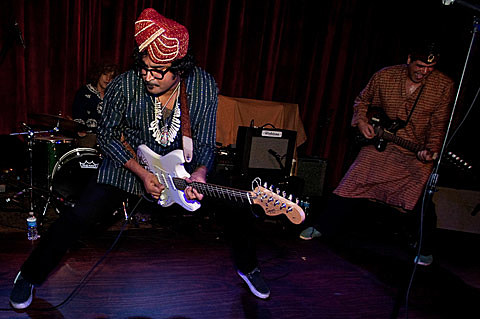 KIng Khan & the Shrines and Jacuzzi Boys are kicking off a short tour together at the end of this month leading up to their appearances at Bruise Cruise, which departs off the coast of Miami on February 10. That tour hits Austin on February 4 at Mohawk with American Sharks. Tickets are on sale now.

In related news, Jacuzzi Boys recently recorded a Daytrotter Session. Check that out. All tour dates are listed below...