KSiA in Chicago in November (more by Ben Rodig) 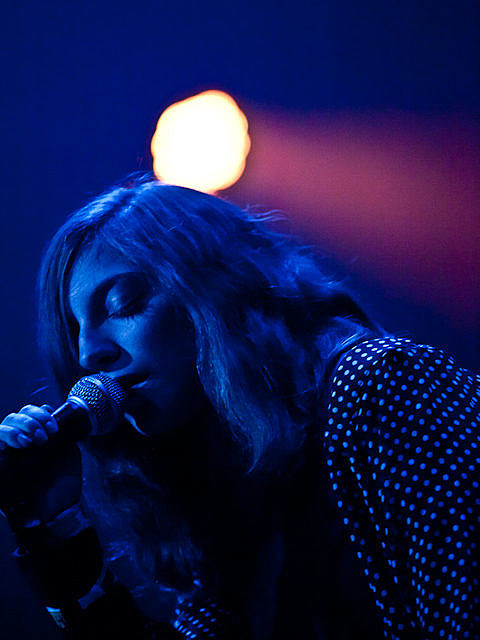 Keep Shelly in Athens, who played their first-ever US show at Fun Fun Fun Fest in November, are going on a tour this spring that will hit Austin on April 11 at the Mohawk. Tickets are on sale now.

Their most recent offering is the Campus Martius EP that came out earlier this month, which I wrote about on BrooklynVegan:

The material on Campus Martius is noticeably darker than the other tracks the duo released this year, which have generally sounded much breezier. The first original track is a slow burner called "The Chains," filled mostly by a muffled rhythm and Sarah P's drifting vocals, until thunderous snares and industrial synths take over at the song's end. While Sarah's vocals are increasingly becoming the focal point of the group, the EP's title track is largely instrumental (very Pet Sounds of them). The song's drum patterns are light, but by far the most spastic on the EP, and the only trace of vocals is in the form of some great pitch-shifted samples. The darker edge of this EP comes out the strongest on its closing track, "Struggle With Yourself," which utilizes the muddiest synths I've ever heard on a KSiA song.

You can buy it at eMusic. All currently known dates are listed below...