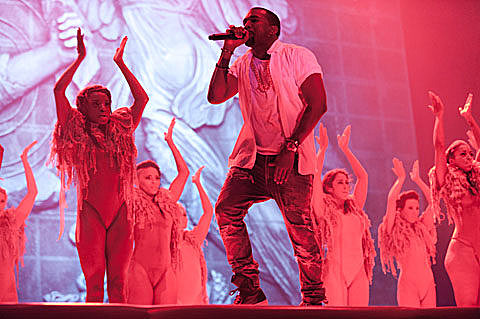 The Throne is coming to Austin this week. Via Mashable...

Jay Z and Kanye West are aiming to run this town this week. Samsung exclusively told Mashable first that the rappers will kick off the tech company's four-day SXSW concert series, which starts Wednesday night.

Samsung plans to distribute concert wristbands only to owners of Galaxy devices with the newly launched ad-free radio service called Milk Music downloaded on their devices. They can pick up their wristbands at the Galaxy Experience pop-up location at 2nd Street and Trinity Street starting Tuesday at 10 a.m. CT.

The concerts' location won't be announced until show day.

This is not that surprising since last year, Samsung brought Prince to Austin.