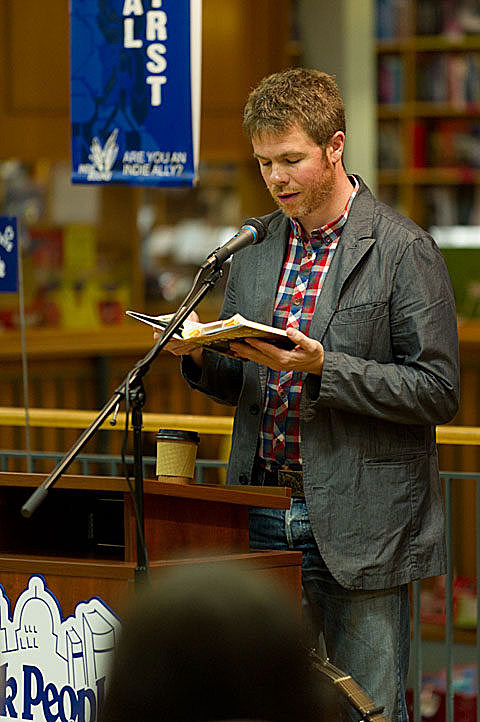 Josh Ritter was at BookPeople in Austin on 10/5 to discuss his novel, Bright's Passage. "If I seem a little nervous, that's because I am." A visibly nervous Josh explained that performing music was easier for him than reading aloud in public, citing that the guitar "covers more vital organs... books are much smaller." He read several excerpts, and performed 3 songs in between readings for the packed audience.

He took a brief Q&A afterwards, covering topics like the influence of touring with Wesley Stace (John Wesley Harding) while Wes was writing his first book - Wes was so calm and happy while writing that Josh thought it might be a good idea for him as well. He also talked angels appearing as characters in both book and song - and about how private a thing writing can be (and the difficulties sharing it with those close to him), and the confidence he gained through his editor's support. Finally, he explained the idea that stepping towards writing allowed his musical "fallow field" to regenerate, and for him to return to it ready and refreshed.

He performed once again to wrap the event. For those interested in getting their copies signed - instead of sitting behind the big signing table provided, Josh stood on the customer side. He warmly greeted all, and gave hugs to all those who waited in line.

More pictures and video from his visit below: 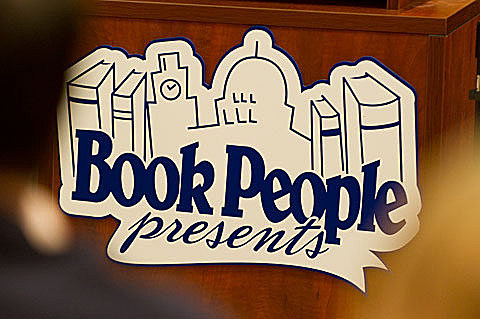 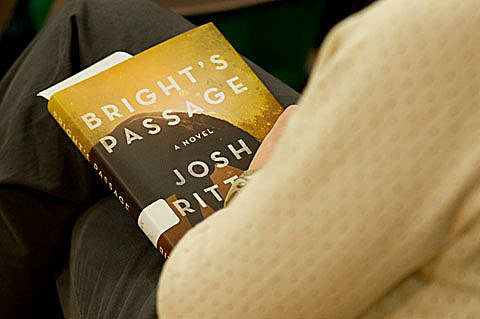 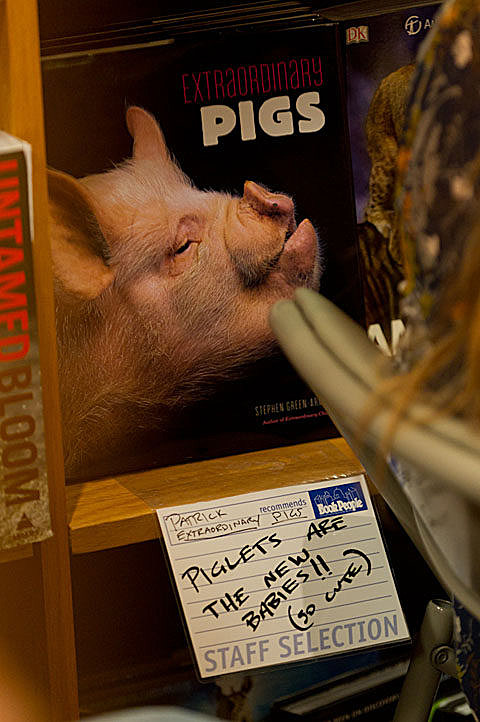 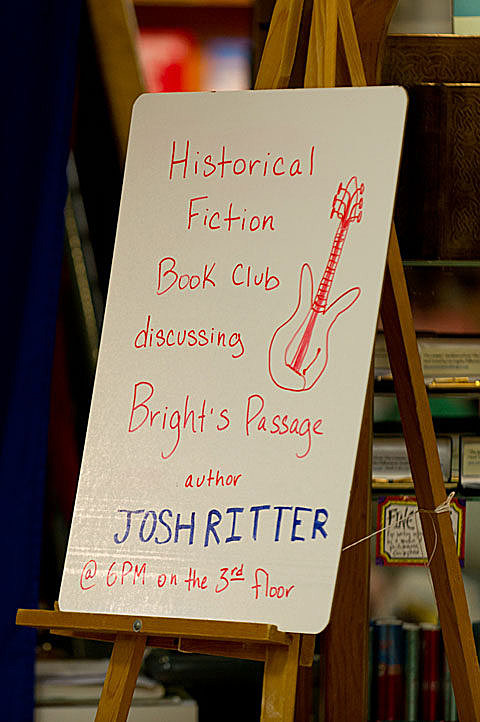 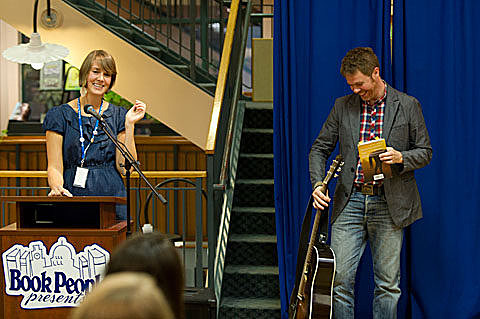 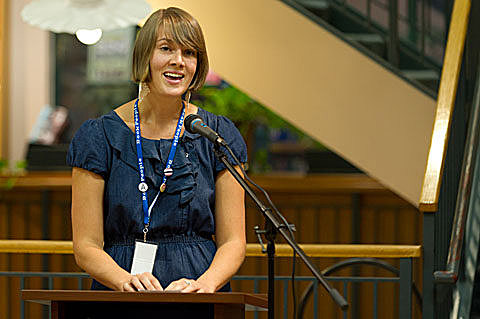 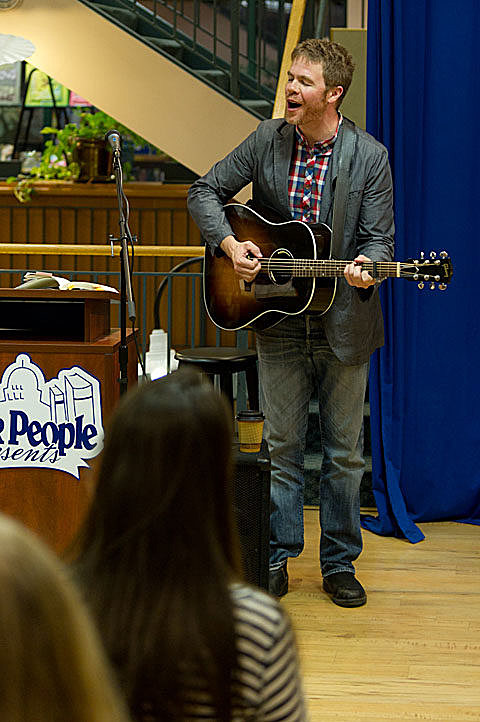 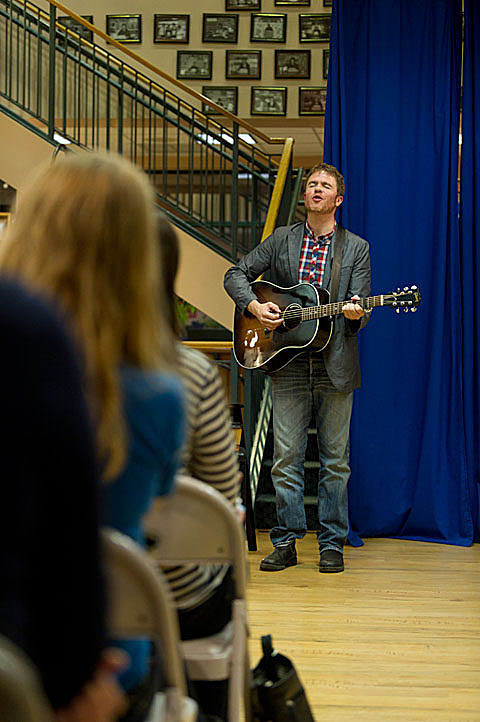 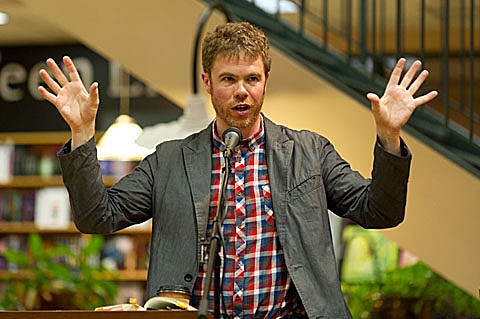 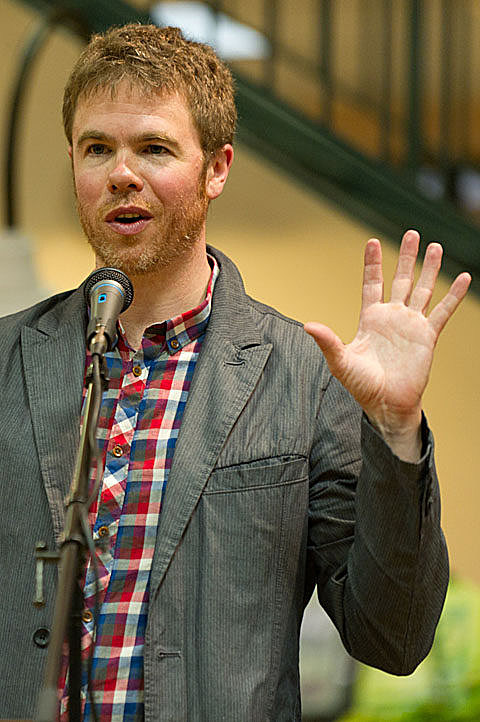 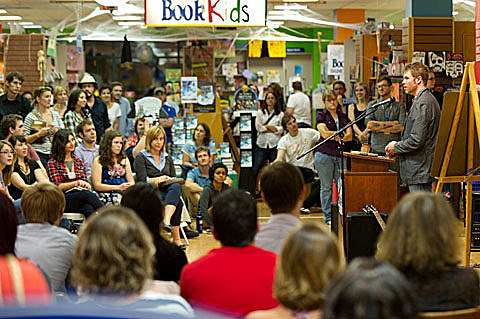 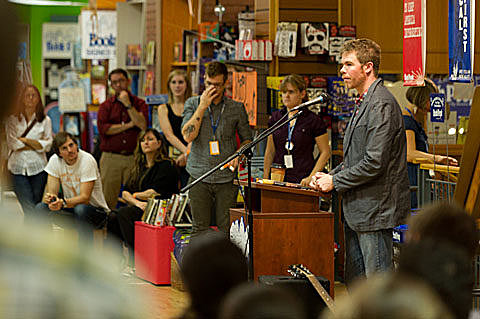 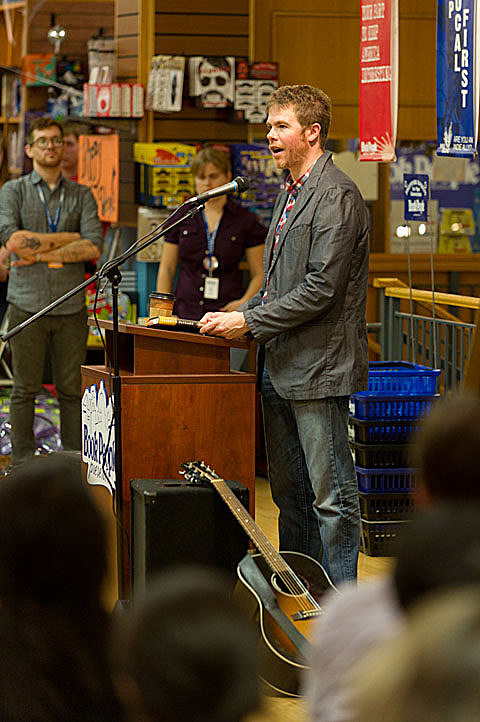 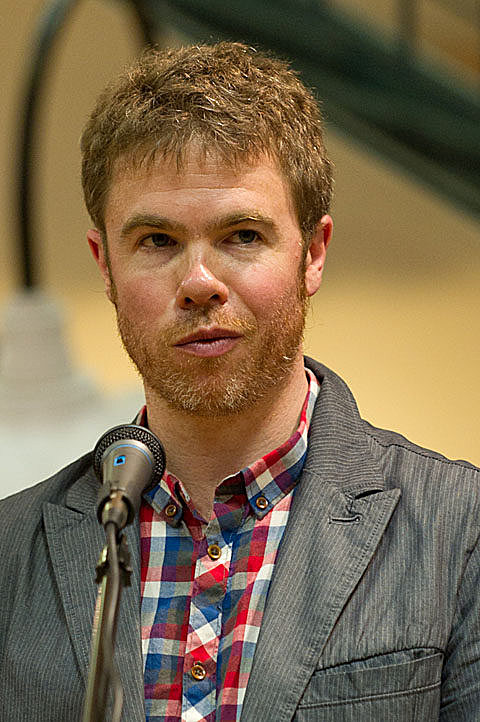 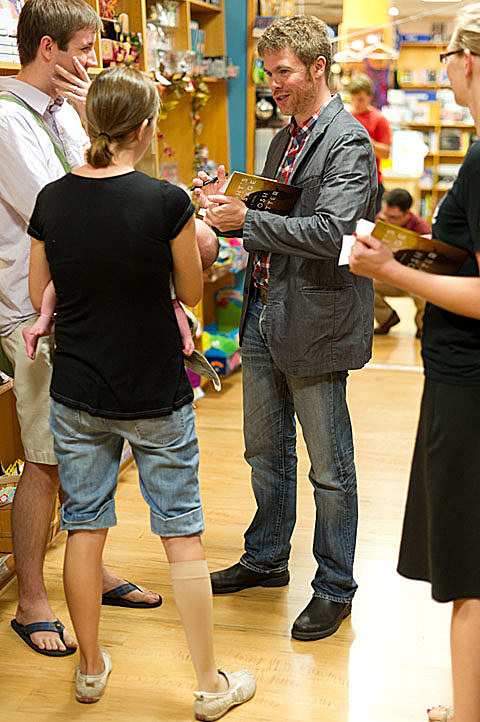 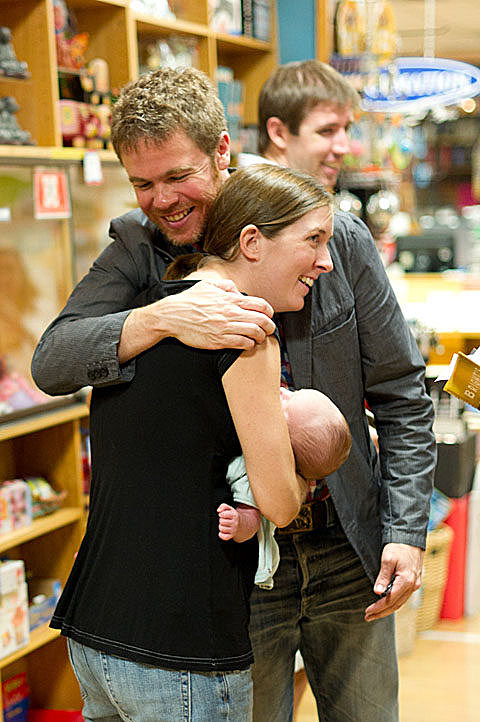 20111005 Josh Ritter performing at BookPeople in Austin TX from Tim Griffinshot on Vimeo.