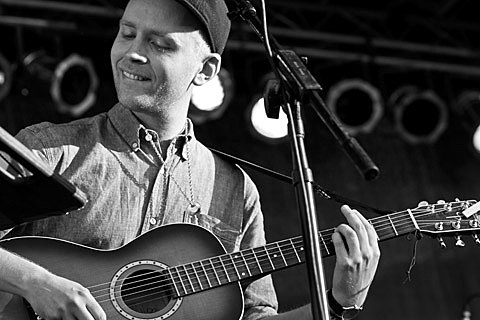 As seen on BrooklynVegan, the one and only Jens Lekman is heading out on a tour of North American with fellow Swede Taken By Trees later this year. That tour starts in Indiana and ends in Texas with three shows:

Tickets for the Mohawk show are on sale now.

To quote a press release, "Both artists recently announced new albums, due this fall on Secretly Canadian. Jens will release I Know What Love Isn't on September 4 (Sept 3 UK/EU, Sept 3 on Service in Scandinavia). Taken By Trees puts out Other Worlds October 2.

Meanwhile, Taken By Trees will also be at Granada Theater in Dallas on 7/28 for GvsB II. The lineup also includes Glass Candy + Chromatics, Twin Sister, and Laurel Halo. Tickets are on sale.

A teaser video for Taken By Trees' new album, and a new Jens Lekman video, can be watched below...