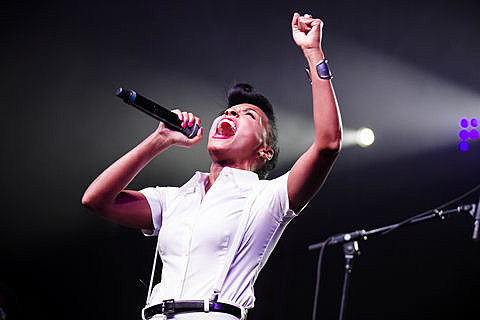 Janelle Monáe is getting ready to release her new album, The Electric Lady, on September 10 via Wondaland Arts Society/Bad Boy Records. We've already heard her collaborate with Erykah Badu on the LP's first single, "Q.U.E.E.N.". Now she's released another track titled "Primetime" that features R&B singer Miguel. You can stream the new single below.

All tour dates are listed, along with song streams from the new album, below...