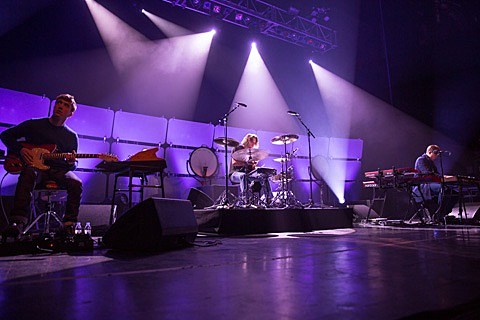 Earlier this year, James Blake had to postpone all three of his Texas dates in order to perform at the Mercury Prize ceremony (he won). The dates, which would have happened in October initially, were pushed forward to March 2014, but he's since had to cancel them all together. A Facebook post from James reads:

It's with great regret that we announce the cancellation of the four postponed US shows in March 2014. A number of events have conspired against us leading to it becoming impossible to fulfil the dates. Sincere apologies to those who bought tickets. Refund info to follow asap. HQ

Bummer. All affected dates are listed below...