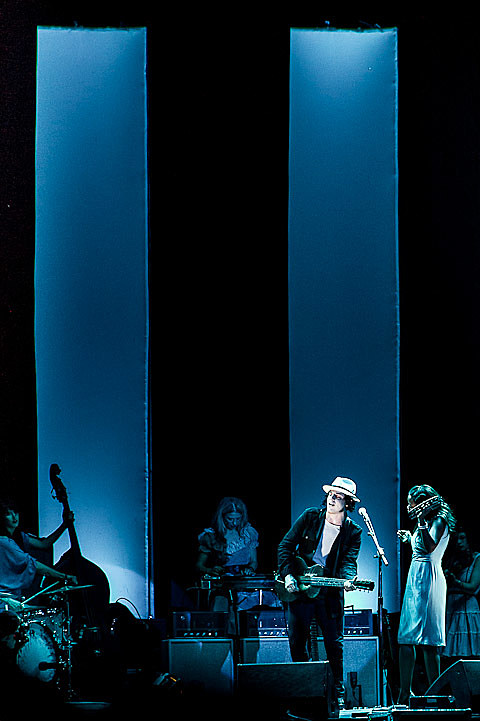 While Neil Young & Crazy Horse did their thing at the other end of Zilker Park, Jack White & The Peacocks (his all-female backing band) cast a blue glow on the crowd at the AMD stage. Here are some pictures and the setlist from Jack's performance which maybe you also caught via the livestream. If not, it repeats again tonight (10/14). Watch and you'll see Jack perform a mix of solo, White Stripes, Raconteurs and Dead Weather material.

Or maybe you're busy tonight because you were lucky enough to get a ticket to see Jack tape an episode for ACLTV. If you didn't, it will air on PBS probably next year, like the Bon Iver episode did this week.

A full ACL Day 2 set of pictures is coming, but first a taste of what people will be seeing at The Moody Theater tonight. Pictures of Jack White & The Peacocks and ACL setlist below... 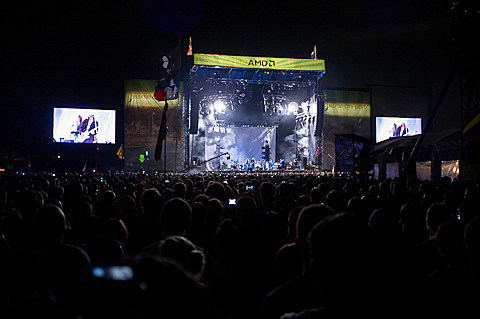 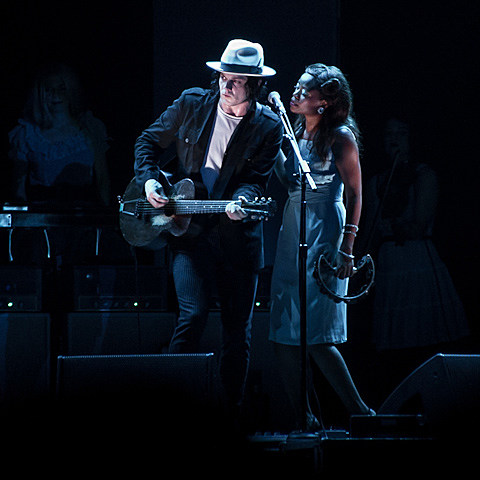 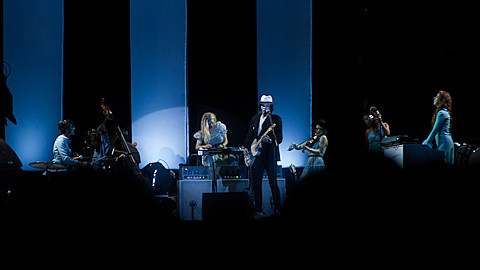 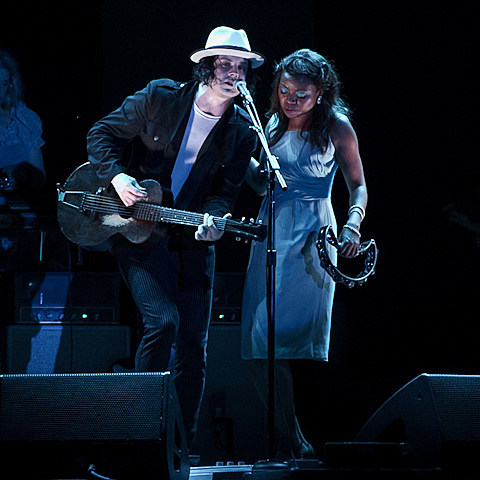 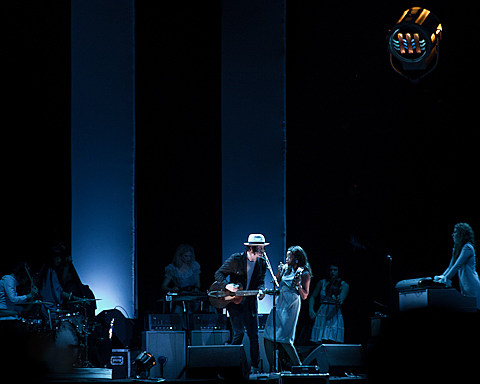 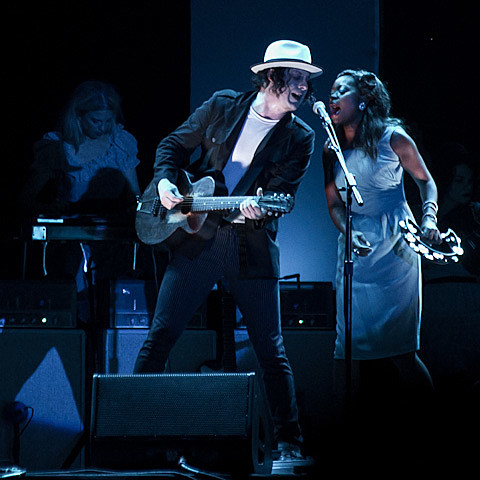 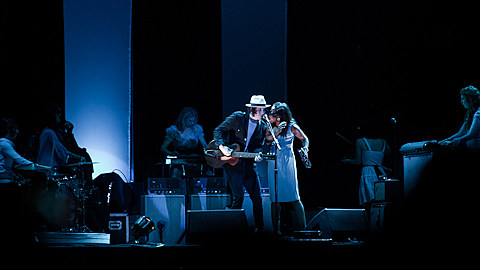 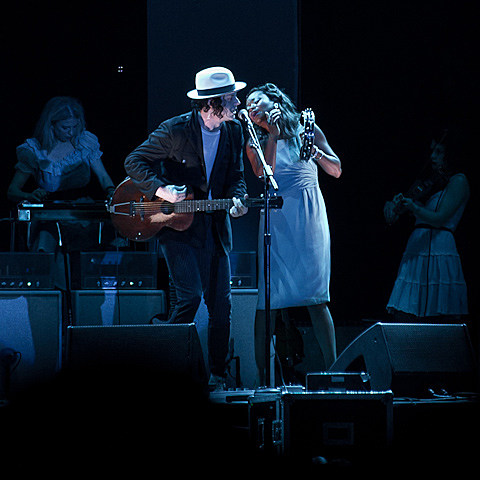 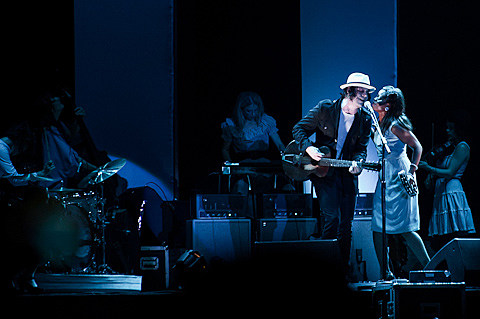 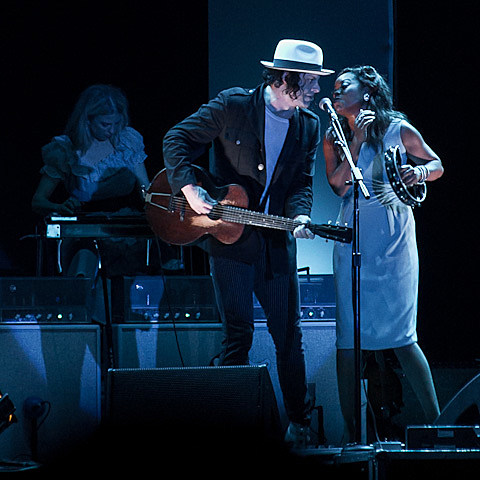 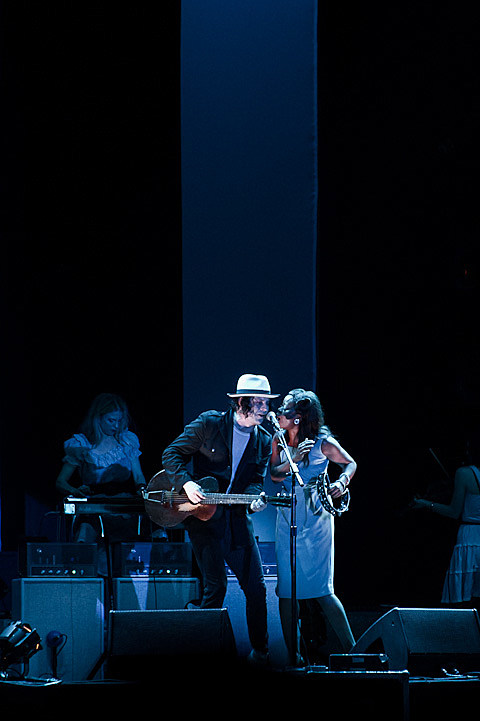 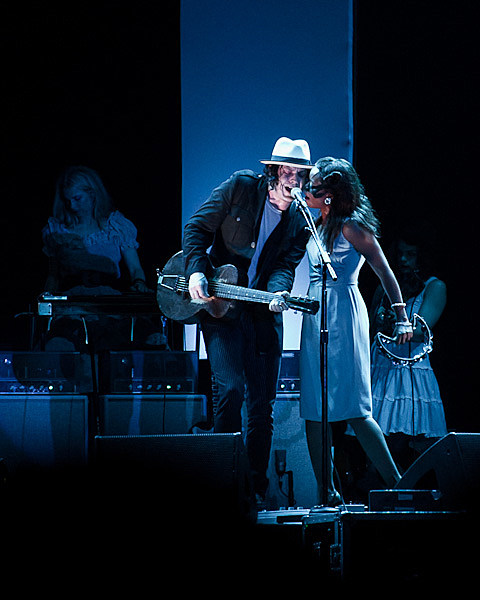 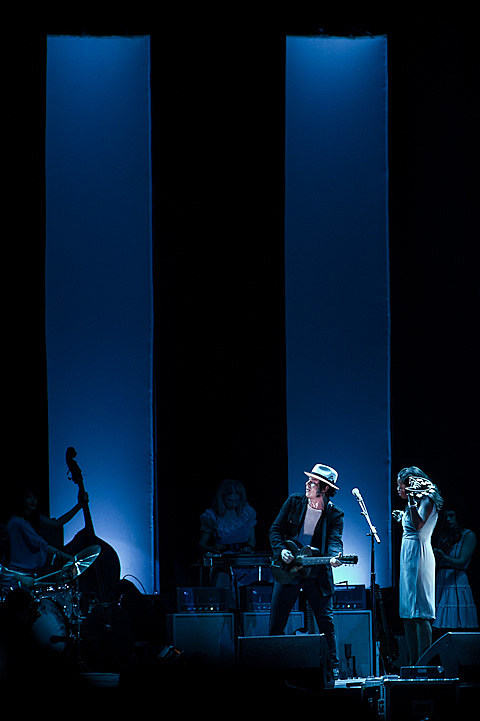 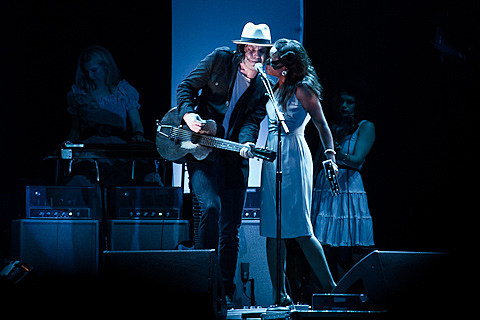 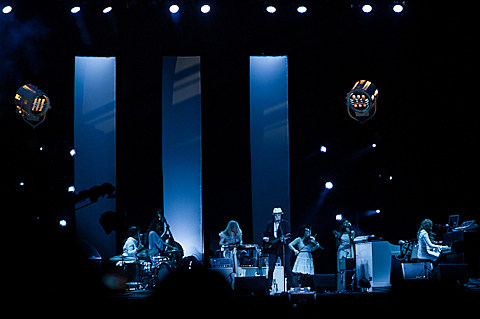 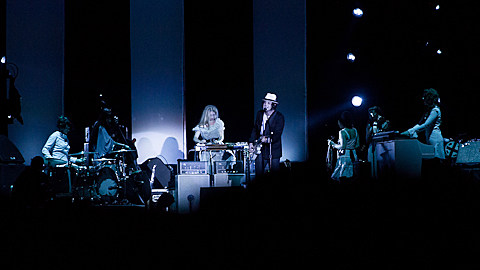 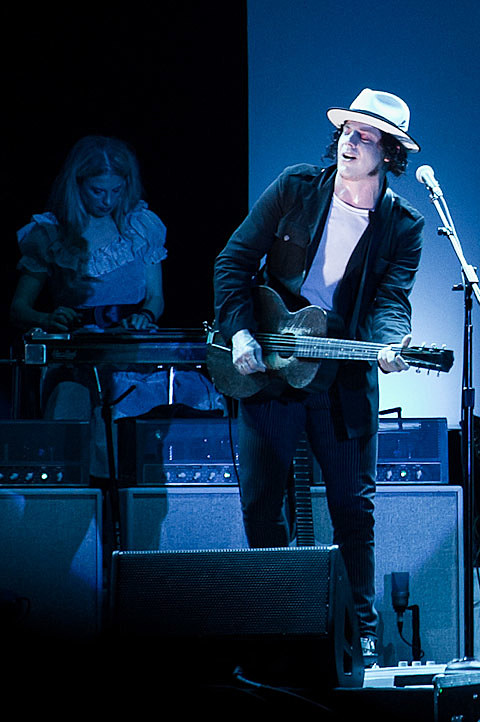 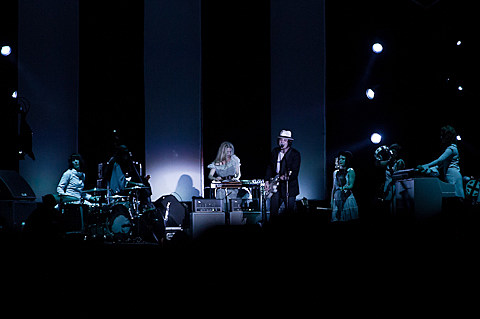 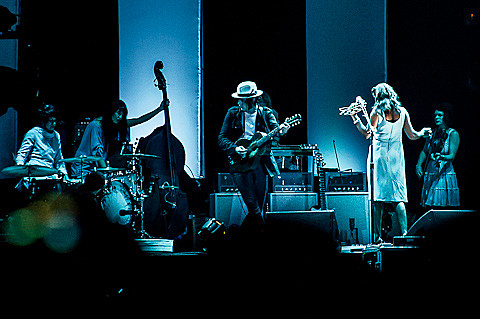 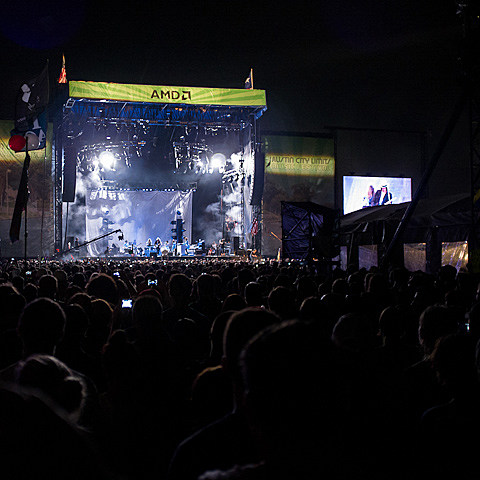