"Seeing Killdozer at Emo's, thinking the last 20 years didn't happen. It was all a dream and I still have hair." - King Coffey 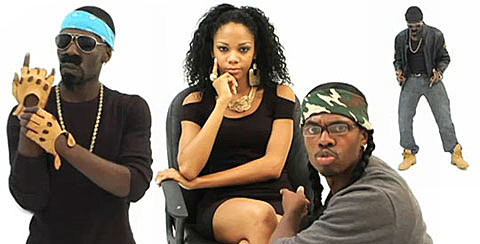 It's New Year's Eve! Great shows tonight include Russian Circles at Red 7, The Black Angels at Emo's East, Willie Nelson at ACL Live, and Big Freedia/Turquoise Jeep at Mohawk (that's TJ pictured above). Grupo Fantasma is playing Club De Ville instead of Beauty Ballroom, and sadly nobody is playing Emo's Inside because last night Killdozer closed down that club forever. Check out a Statesman article on the topic that includes interviews with the club's former staff. Stay tuned for our pictures from the final nights, and R.I.P. Emo's.

Speaking of last night, it's when BrooklynVegan posted their collective list of favorite albums from 2011. Check that out.

Party hard tonight, but then rest up for Free Week.