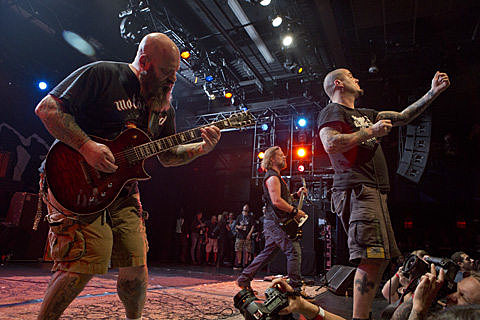 Phil Anselmo will spearhead the Housecore Horror Film Festival, featuring "screenings, concert times, celebrity signings, parties, and more" across three days in Austin, Texas. The festival will take place on Oct 25-27, 2013 and will feature rare horror films as its centerpiece. So far the schedule and the venues for film and music has yet to be revealed, but look for appearances from Down, Crowbar and Phil Anselmo & The Illegals. Badges for the weekend are on sale now for $150.