House of Vans at Mohawk SXSW 2013 (more by Greg Cristman) 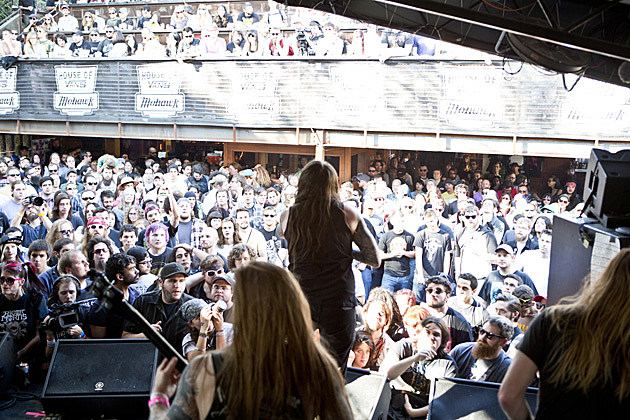 As mentioned, 'House of Vans' is returning to Mohawk during SXSW 2014 from March 11 - 15, and since we last spoke the lineups have been announced. Artists playing HoV shows throughout the week include Kylesa, Power Trip, Windhand, Dum Dum Girls, Angel Olsen, Tyler the Creator, X, Cloud Nothings, Fucked Up, Perfect Pussy, You Blew It!, EMA, A$AP Mob, Phantogram, Warpaint, Roosevelt, World's Fair and many more. Full lineups below.

All the day parties are FREE to the public, with priority given to SXSW bad and wristband-holders. For the night shows, badge-holders get priority access, then wristband-holders, and there will be also be advance tickets you can purchase from House of Vans.