---
UPDATE: And here is the entire Wednesday lineup
---

Future of the Left 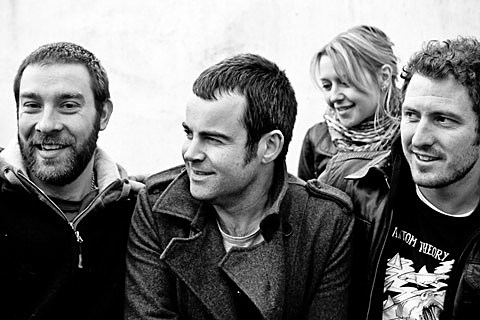 It's a tradition. For the past three years I, "BBG", have taken over a stage on Wednesday during SXSW. In 2008 it was with The Bronx, Trash Talk, Annihilation Time, Young Widows, and more. In 2009 we welcomed Torche, Salome, Dark Castle, Landmine Marathon and others. Last year was with Kylesa, Deafheaven, Ken Mode and more. This year I decided to go in a different direction but keep a touch of the dark side and most importantly, keep it interesting.

As you might know by now, this year, in addition to all the other stuff we have going on, BrooklynVegan is taking over ALL THREE STAGES at connecting Austin venues Hotel Vegas & Volstead for FOUR DAYS STRAIGHT. There's a big outdoor stage, and smaller stages inside Hotel Vegas & Volstead. Collectively we're calling the four day long party "Hotel Vegan" (located at 1500 E. 6th St, Austin, TX).

I was in charge of the inside stage at Hotel Vegas on 3/14. Get there early Wednesday to see:

That's a day with very little metal, but definitely an eclectic lineup designed to showcase everything from sunny pop to goth-influenced rock and beats to bouncy punk to post-punk to pensive black metal. I can't wait until Wednesday!

We've also just announced the Wednesday Volstead stage (aka the BV Chicago stage) lineup, and that looks like this:

More details on that stage at BV Chicago.

STAY TUNED FOR THE BIG WEDNESDAY OUTDOOR STAGE LINEUP THAT WILL BE ANNOUNCED MOMENTARILY. (and for the rest of the four days too)

Admission to all four days at Hotel 'Vegan' is 100% FREE and no badges/wristbands are required. There is a 21+ age restriction though, sorry about that!

Thanks to our backline partners Korg, Vox, and Blackstar Amplification for providing the gear to make this party possible.

Head below for some video of the Wednesday bands in action. See you at Hotel Vegan! 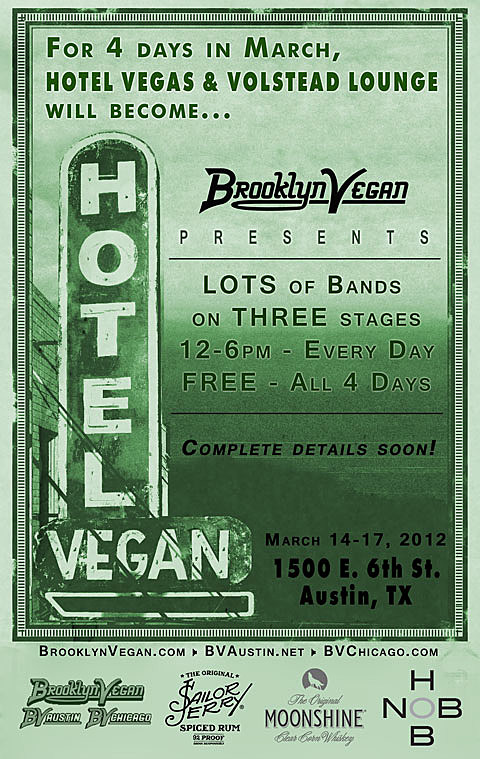 BLEACHED "THINK OF YOU"

Razika - Why Have We To Wait