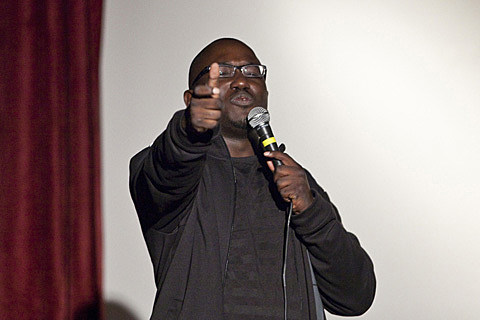 As Pete Holmes just did, funny comedian Hannibal Buress will be coming to Cap City Comedy Club for four nights in June (June 13-16). Stay tuned for tickets to go on sale.

Buress also performs at the Knitting Factory in Brooklyn every Sunday. More tour dates at his site.

Pete Holmes will be back in March for the massive SXSW Comedy.