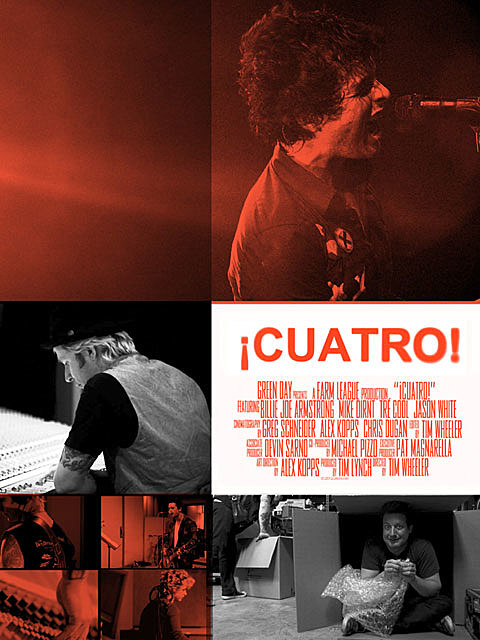 Los Angeles, CA - February 25, 2013 - Green Day today announced they would make their South By Southwest debut on Friday, March 15th, two weeks prior to them hitting the road at a special double feature screening of films at the Paramount Theatre, the world premiere of Broadway Idiot and the Green Day documentary ¡Cuatro! Later that night the band will perform ACL-Live at the Moody Theatre.

Entry information for the events is as follows:

Green Day are then going on tour with Best Coast.