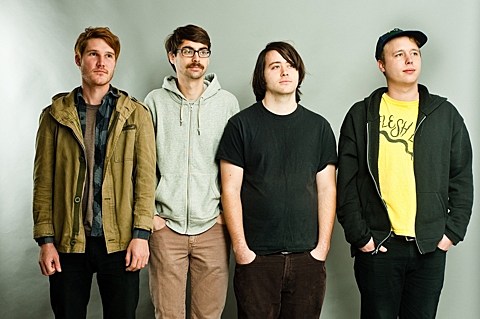 Austin garage rockers Ghetto Ghouls play around their hometown a lot, having recently done local shows with Buck Biloxi and the Fucks, Perfect Pussy, Liquor Store and others. They have no other upcoming shows scheduled at the moment, besides some TBA SXSW shows, but if you haven't gotten a chance to catch them yet, you likely will sooner than later.

They have a 7" coming out this spring on Matador Records owner Gerard Cosley's experimental 12XU label, and they're also releasing a self-titled LP on April 8 via Monofonus Press. You can check out a track from that LP, "Peepshow," below...