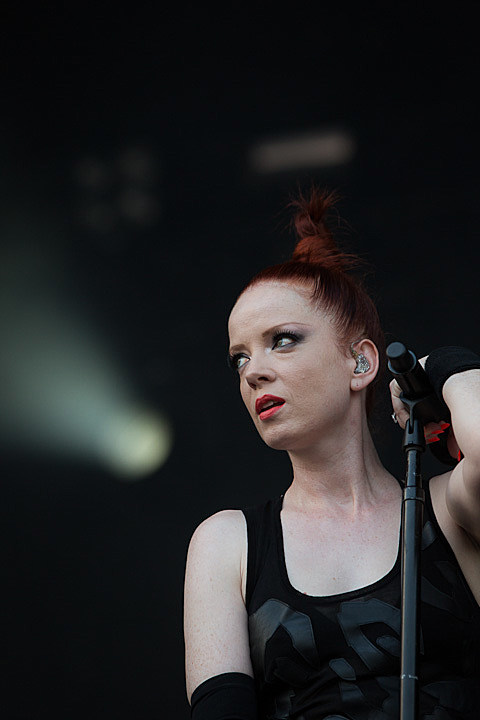 The reunited Garbage, who celebrated Record Store Day at Austin's Waterloo Records, were forced to cancel their Houston and Austin shows, which would have happened around the same time, but those shows have since been rescheduled and were tacked on to the end of a West Coast and Midwest tour the band will be on this fall. Garbage will return to TX for shows at Houston's House of Blues on October 9 and Austin's La Zona Rosa on October 10. The Austin show is sold out but tickets for the Houston show are still available.

Support on that leg of the tour (both TX shows included) comes from Screaming Females, who will be in NYC tonight (8/16) to play the opening night part for BrooklynVegan photo exhibit, '480 Pixels' (which also includes drawings from Screaming Females' Marissa Paternoster), along with sets by Hunters and Heliotropes.

Since the Waterloo Records show, Garbage has continued to tour internationally in support of their new/reunion album, Not Your Kind of People. All upcoming tour dates are listed below.