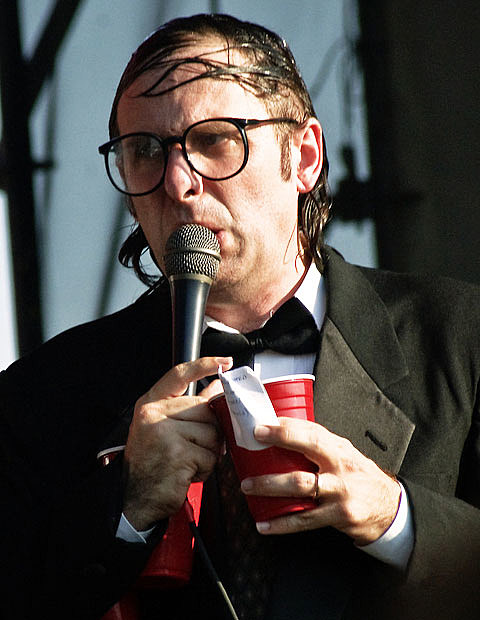 Hello Austin! It's me! BrooklynVegan.com's least productive yet most provocative contributor Klaus Kinski! Howdy! Pleased to make your acquaintance! Here in the mean streets of Brooklyn I mostly write about comedy, but I've been known to contribute the odd show review and very Klaus-specific music news. Now, I've never been to Texas and dont know what makes you people tick, but what I DO know is that you are no strangers to GREAT comedy thanks to things like Fun Fun Fun Fest and SxSW and some good clubs (beyond that I know nothing of your comedy scene... sorry!). Actually, didn't the great Brody Stevens pummel one of you people at SxSW back in 2011? Oh yeah, he did. That's neither here nor there I reckon.

ANYWHOOZLE, the reason I am writing, besides to say HI! and introduce myself, is to let you know that the great Neil Hamburger is doing a small Southwest-of-where-Klaus-lives tour and he happens to have a show IN AUSTIN on Friday January 13th at ND at 501 Studios! With Major Entertainer Mike H! And, dude, it's a FRIDAY NIGHT.... TIE. ONE. ON. And I don't know if it's because I live in NYC where everything is at least 20% more expensive than it should be, but tickets to the show are only $10 which is a bargain. I'd pay $50 if only to hear his Jim Morrison burial joke which is a personal fave. It's like a favorite song. I literally get that joke stuck in my head. Dunce cap. HAHAHA! Oh man.

More dates, including a few other Texas ones, are below. And thanks for reading! If I get my shit together, maybe I'll see you at SXSW this year!