"Some of Esme Barrera's friends don't believe Austin Police caught the person who killed her. Details next. #fox7" - Jenni Lee 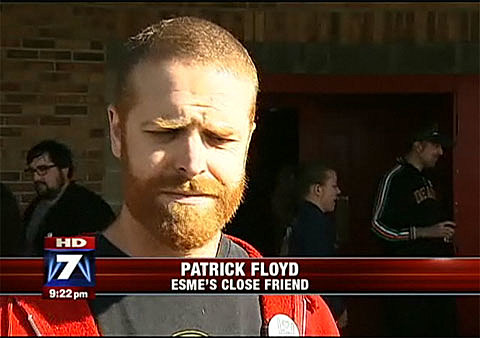 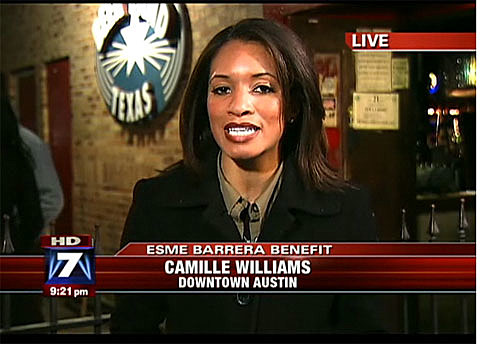 Beerland held their night and day shows with Ted Leo in honor of Esme Barrera yesterday, shows that were scheduled long before the "prime suspect" in the case was reported dead. KXAN stopped by the shows and got some quotes:

"I am not jumping to conclusions," said Patrick Floyd, a friend and former co-worker of Esme's. "I know a lot of people are optimistic right now and I am hopeful also that this is the attacker and that means that this person is not going to be a threat anymore."

"It is not something that brings our friend back," said Bobby Munoz, who played in a softball league with Esme. "I think a lot of people think ultimately, justice was not served."

Munoz said the break in the case is also not changing the mood of Saturday's benefit.

Munoz did wear a red shirt he had made in honor of Esme that has a woman drawn on it who is wearing a shirt that says, 'Esmericle' on the back.

"There was this girl there [at the softball games] that was twice as loud as everybody else and a much better mood whether the team was winning or losing. Esme was my superfan," Munoz reflected.

Fox 7 was also there and had basically the same story:

"I'm just trying to be patient with it. I hope it is I hope that there is more to it that someone else was with this guys at one in the morning and he was crazy and went off somewhere I'm optimistic but I do not want to arrive at a conclusion," said Patrick Floyd, Esme's Close Friend.

We'd also love a bit more info before jumping to any conclusions, but also feeling hopeful. You can watch the Fox 5 news video below...