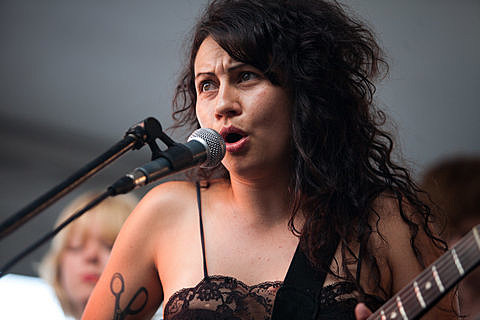 Frankie Rose releases her great new album, Interstellar, on February 21 via Slumberland and it's currently streaming on SPIN. As I just mentioned on BVChicago, It's a huge departure from the garage pop of her debut, instead looking towards shiny dream pop with edgy basslines, shimmery guitars, and Frankie's increasingly strong voice.

She just announced a tour in support of the album with DIVE, which kicks off in April, about a month and a half after her album release show in NYC. That tour hits Austin, one night after Dallas, on April 14 at Red 7. Tickets are not on sale yet but check frontgate tickets for updates.

She's also got a new video for "Gospel/Grace." Check that out, along with all dates below...