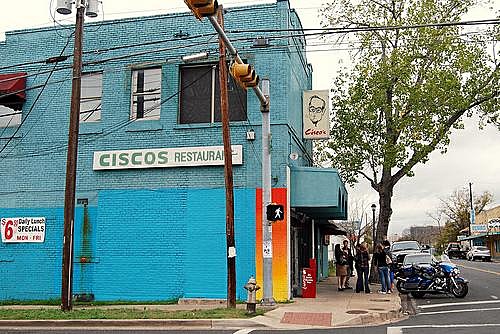 Forbes, known for lists like "the 400 richest Americans", has released a list of "America's Hippest Hipster Neighborhoods". East Austin got #7. Forbes says:

East Austin has unseated South Congress and Travis Heights as Austin's newest hipster home base, according to Nextdoor.com. It not only touts some of the most highly rated Mexican eateries in the country but also coffee shops, a farmers market, and food trucks like the East Side King parked outside of bars and music venues every night.

Check out the full list of 10 neighborhoods, which also includes Wicker Park, Chicago, at BrooklynVegan.