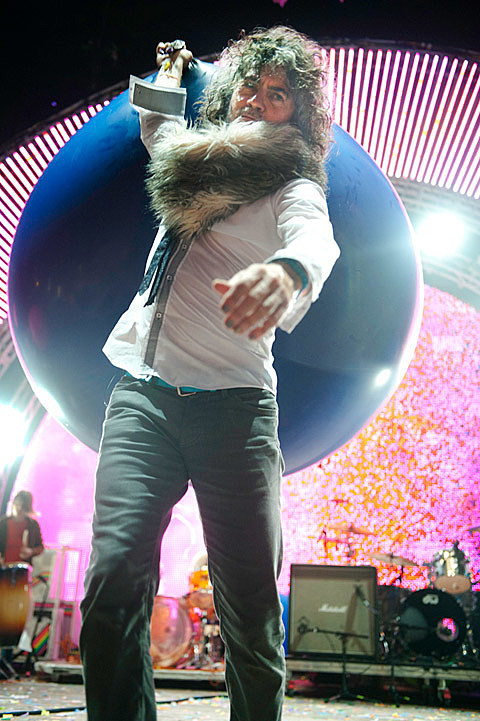 We told you we heard Flaming Lips were playing at least one more big SXSW show, but it's even greater than we imagined. SXSW reports:

We are excited to announce that the one and only Flaming Lips will mark their return to SXSW by playing the Town Lake Stage at Auditorium Shores on Friday, March 15. The band has delivered some of the most notable performances in SXSW history, including 1997's Parking Lot Experiment and 2006's secret shows. The Flaming Lips 13th studio album entitled The Terror, will be released on April 2nd through Warner Bros. Records. The album was produced by the band's long-time collaborator Dave Fridmann and The Flaming Lips at Tarbox Road Studios. It's comprised of nine original compositions that reflect a darker-hued spectrum than previous works.

Also on the bill are Jim James and Divine Fits. Jim is the lead singer and guitarist of Louisville's My Morning Jacket, and recently released his first solo record Regions of Light and Sound of God on ATO Records. Divine Fits released their debut record A Thing Called Divine Fits on Merge Records last year and will be playing the Coachella, Sasquatch and Governors Ball festivals in the coming months.

Shows at Auditorium Shores are FREE and open to the public. Gates open at 3:30 pm. See you there!

The Flaming Lips, who star in a commercial that premiered during the Superbowl, also play the Belmont as part of Warner's week of shows at the venue.