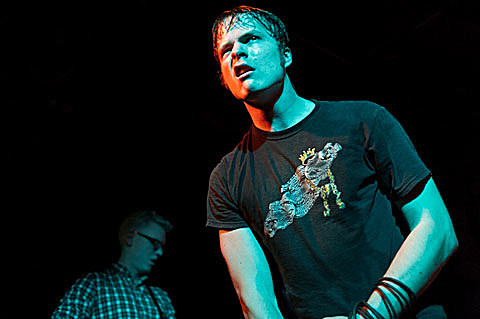 That's the cover art for the new feedtime box set coming out on Sub Pop in March. As we just wrote on BrooklynVegan, the Australian post-punk trio has reunited for a tour around the release, and that tour hits Beerland in Austin on April 5, 2012. Stay tuned for more details on the Texas show and head to BrooklynVegan for more info, videos and all dates.

Today is April 5th! And since we wrote that post, luckily since the show is today, Beerland has revealed the entire lineup of tonight's show, and it looks like this: Feedtime, Gospel Truth, OBN IIIs, Spray Paint. Rock.