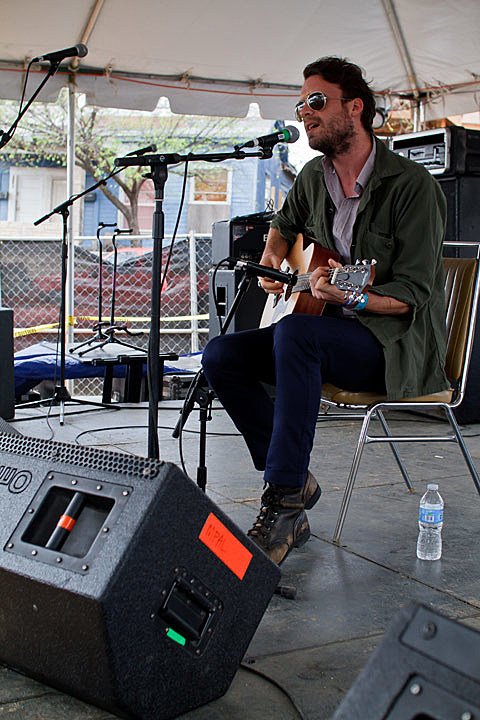 A talkative and solo and tired Father John Misty (aka J. Tillman, ex-Fleet Foxes) played the big, outdoor stage at Hotel Vegan (aka Hotel Vegas) on the final Saturday of SXSW 2012. The Dallas Observer was there and wrote:

Well, I already had Father John Misty, former drummer for Fleet Foxes, aka J. Tillman, picked out as my best set of the day, when he played one of those hazy, early afternoon Saturday SXSW sets. He's been on a sort of one-man anti-SXSW comedy tour over the last few days, and at Hotel Vegas' outside stage yesterday, he looked and sounded on the verge of breaking. There was his Doritos tirade from Friday, which he apologized for, but didn't have to, then this: "This fest is like the singing Olympics," he said between singing some awfully pretty acoustic songs. "And I have failed you. I've played five sets and each had a hurdle. Today, that hurdle is a truck full of generators... Can you all hear that truck OK?"

I was really hoping to hear with him a full band - partly to not have to listen to his ramblings. While I really enjoy his new album, his set was a bit of a bummer. He bitched about the corporate sponsorships, the amount of times he had to play, his name, etc. My job has problems too but I don't sit in front of my clients complaining about them.

Father John Misty heads out on a tour in May, backed by a full band. That tour will be supported by none other than Har Mar Superstar and hits Austin at the Mohawk on May 26. Tickets for the Texas show are on sale. it will be Har Mar's 5th Mohawk show this year. All tour dates and some more pictures from Hotel Vegan, below... 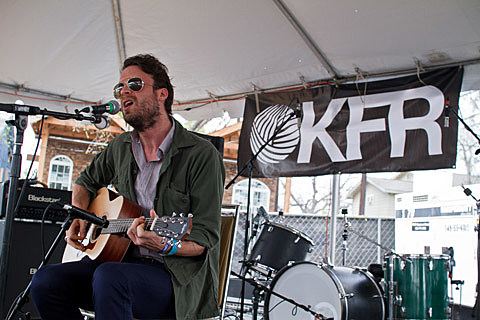 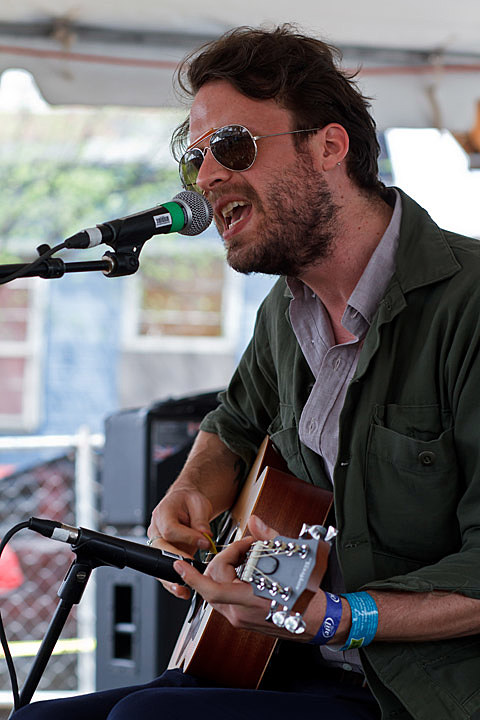 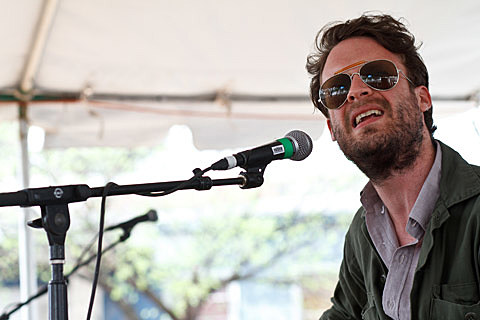 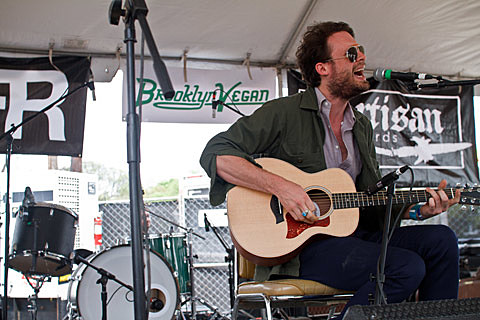