Empire of the Sun @ Bonnaroo 2013 (more by Dana (distortion) Yavin) 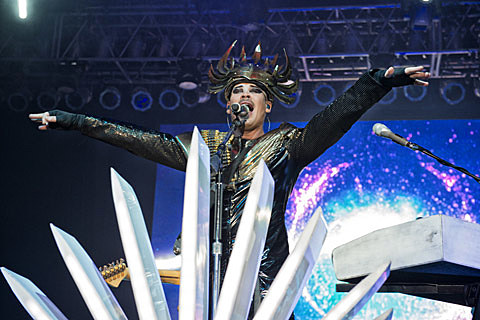 Theatrical synth-pop duo Empire of the Sun is playing Austin City Limits Live at The Moody Theater on August 1 before heading overseas for some festivals. Tickets for that show are still available. Later on in the tour, they'll return to Texas to play the inaugural Breakaway Music Festival in Frisco on September 21. Tickets for the festival are still up for grabs, too.

Full tour information at BrooklynVegan. A video below...

Empire of the Sun - "Alive"