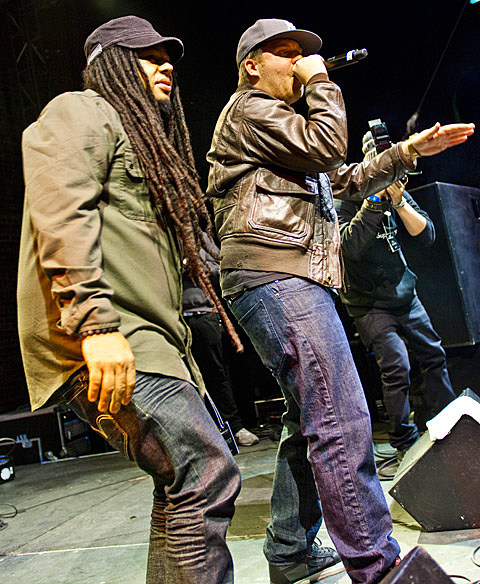 El-P's just-announced tour promoting his new LP Cancer for Cure (due on May 22nd via Fat Possum) features support from Mr. Muthafuckin' eXquire, Killer Mike and Despot and includes three stops in Texas:

Tickets for the Austin show are on sale now.

Check out some new tracks from El-P's forthcoming Cancer for Cure below, as well as the El-P produced "Big Beast" by Killer Mike.