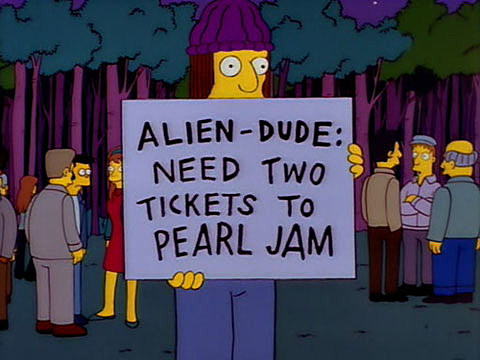 Before Pearl Jam tours Europe this summer, frontman Eddie Vedder will hit the road in April and May for a 13-date solo trek across the southern U.S.

Supporting his 2011 solo album, "Ukulele Songs," Vedder's southern tour begins April 11, fittingly, at the Pearl in Las Vegas. It then works its way across the country, with a stop at the New Orleans Jazz & Heritage Festival on May 3, before winding up at Orlando, Fla.'s Bob Carr Performing Arts Center on May 16.

Oscar-winning Swell Season/ Frames singer/songwriter Glen Hansard will again be the opening act on all dates.

Tickets for the Vedder trek go on sale to the general public on Feb. 3, but a pre-sale open to members of Pearl Jam's fan club, Ten Club, begins today with info at PearlJam.com. Additionally, the New Orleans Jazz & Heritage Festival is already on sale to the public.

The Austin date, which comes after San Antonio and Houston shows, and before a Dallas show, happens at Bass Concert Hall on 4/27. All tour dates are listed below...