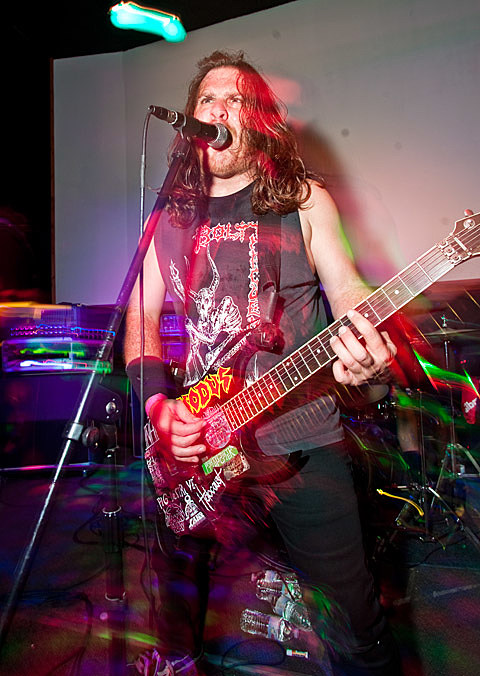 Exhumed will join Dying Fetus, Devourment, Abiotic and Waking the Cadaver for a pus-infested night of death metal in three separate Texas venues, part of an overall US campaign, including Austin on October 10 at Red 7 (tickets). That date is between the two other TX shows: October 9 at Fitzgerald's in Houston (tickets)and October 11 at Trees in Dallas (tickets).

The shows are in support of Exhumed's forthcoming LP Necrocracy, due on August 6 via Relapse Records. Stream the new track "Coins Upon The Eyes" below.