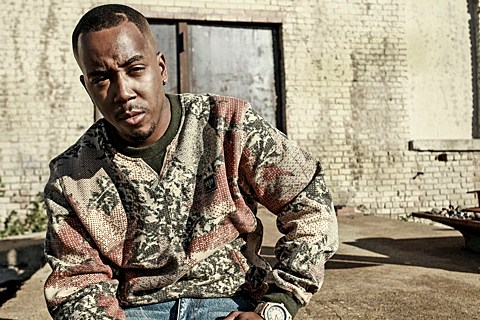 Rapper Doughbeezy hails from the Houston scene that birthed mainstays like Chamillionaire (who he's collaborated with) and Paul Wall over a decade ago, and he appeared on Slim Thug's Houston mixtape along with fellow newcomer Kirko Bangz. So you get an idea of where he comes from, and on his 2012 debut mixtape, Blue Magic, he showed a style that proved him worthy of carrying on the lineage of his hometown heroes. Sure, the mixtape can often sound like a byproduct of his influences, but there aren't really any other new rappers (except Big K.R.I.T.) with as quick and aggressive a Dirty South flow as this. You can stream Blue Magic in its entirety and watch the video for "Breakin Boys Off" below.

Doughbeezy will be in Austin this week for a Free Week show on Friday (1/11) at Frontier Bar with Killa Kyleon, Leage of Extraordinary G'z, Gerald G, Western Tink, Milli Mars, and more.

Mixtape stream and video below...