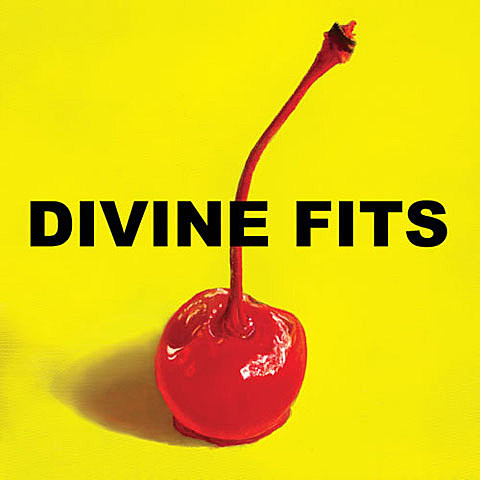 As you may already know if you have a ticket or if you don't have a ticket because it sold out so quickly when it went on sale, Divine Fits are playing Beerland. If you missed out, there's also still hope.

Divine Fits has confirmed that it will make its live debut kicking off a trio of shows in the hometowns of members Britt Daniel (Austin, TX on August 1), Dan Boeckner (Montreal, QC on August 3) and Sam Brown (Columbus, OH on August 6).

The live shows follow immediately on the heels of the July 31 release of Divine Fits' first single "My Love Is Real," the 7-inch of which features a non-LP B-side cover of Camper Van Beethoven's "I Was Born In A Laundromat."

Special golden tickets will be inserted into ten random copies of the "My Love Is Real" single available at select indie retailers in each of these three markets, including Waterloo and End of an Ear in Austin, Used Kids and Magnolia Thunderpussy in Columbus, and participating stores in Montreal which are still TBD. Each golden ticket will admit the winner and a guest to the Divine Fits show in the respective city.

For more information on the golden ticket competition, general ticket information and personal notes from each band member to his respective hometown, go to DivineFits.com.

"My Love Is Real" is also available digitally as a stand-alone track or as an instant download with pre-orders of Divine Fits' debut album A Thing Called Divine Fits placed in the Divine Fits store, the Merge store or at iTunes.

A Thing Called Divine Fits will be released August 28 in the U.S. on Merge Records and on Universal in Canada. The record will be out one day earlier in the UK and Europe via Anti-/Epitaph.

The Austin message Britt posted on Tuesday was this:

Is it weird to be in a band where you've made a record but you've never played in front of an audience? We've certainly played together a lot -- starting at the end of last year with a couple weeks of let's see what happens and drink vodka and eat Russian ice cream at a place called LA Rehearsal in Little Armenia. Then in January when Dan came to stay with me and Sam visited and we all wrote songs & rehearsed them every day for a couple months. And then when we recorded (usually live) in the studio with Nick Launay. And really, the answer is yes. It is weird. Doing shows is the most immediate part of the whole deal and for me it's a huge chunk of the equation of why being in a band is so great. I do feel kinda mental not having been able to do that yet. So is it good timing that pretty soon we'll finally be doing some shows? Yes. And I personally am real happy that this band's first show will be in the the town where I've played more gigs than any other, the place I've spent most the years of my life, the city that always welcomes me back with enthusiasm and affection (with the exception of that one time at the Beauty Bar) -- Austin, Texas. Divine Fits will be playing at Beerland on Tuesday August 1 with The Young opening. I think they're putting tickets up next week? I hope so. I'm ready to feel normal again. Love, Britt

A list of all dates and streams of two album tracks -- "My Love Is Real" and "Would That Not Be Nice" -- are below...