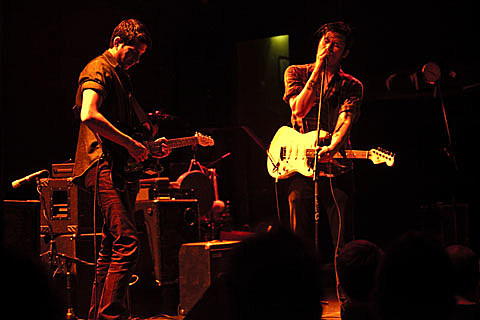 Dirty Beaches (aka Alex Zhang Huntai) released his new double album, Drifters/Love Is The Devil, this year, and announced that he'd be celebrating that album with two shows in NYC this month. For a while, those were his only North American dates, but he's since announced a full tour, which will take place this September. That tour includes an Austin show happening on September 17 at Mohawk with SISU (fronted by Dum Dum Girls drummer Sandra Vu) and Chasms. Tickets for that show are on sale now.

All North American dates are listed below...