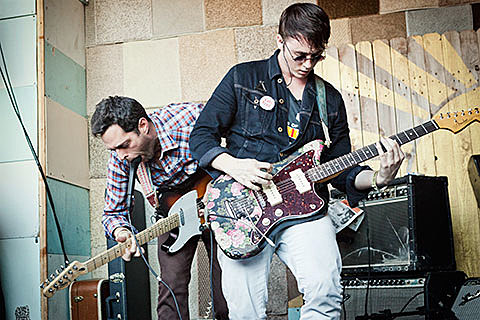 Psychedelic noise-punk band Destruction Unit already have two releases out this year (Void and the Two Strong Hits 7-inch) and another on the way. Their anticipated LP, Deep Trip, is expected to drop on August 20 via Sacred Bones. We're patiently waiting.

Destruction Unit recently came to Austin to play SXSW and Chaos In Tejas, and they're already coming back for more on a tour with with fellow fuzzed-out punk rockers, Milk Music (who were here for SXSW too). The two bands will play Houston on June 27 at Mangos, McAllen on June 28 at Thirsty Monkey, and Austin on June 29 at Beerland. The Young and La URSS also play the Austin show. Tickets for all three shows will be available at the door.

Tour dates and more at BrooklynVegan. Check out live performances in Austin from both bands below...