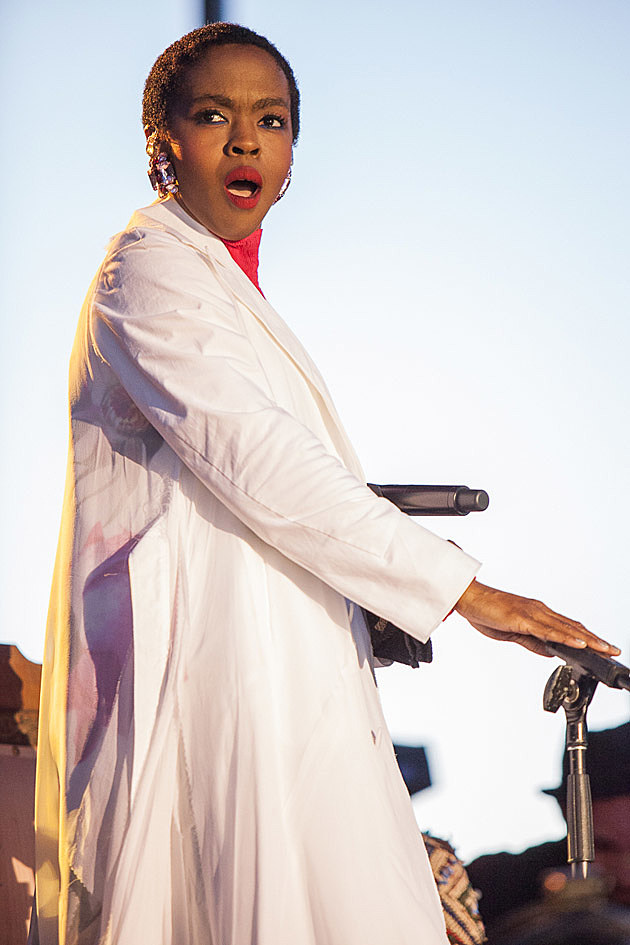 This morning it was announced that Lauryn Hill will be taking D'Angelo's place on the Fun Fun Fun Fest lineup after D'Angelo's performance was cancelled "due to illness." Now comes word that Desaparecidos are also cancelling due to Conor getting sick. Damn, but feel better everyone!

Fun Fun Fun Fest (FFF Fest) is proud to welcome the addition of the critically acclaimed musical artist Ms. Lauryn Hill to the 2015 music lineup for the tenth annual festival, November 6-8 in Austin, Texas. Ms. Hill replaces D'Angleo and The Vanguard as the Sunday night festival headliner. D'Angelo and The Vanguard canceled their slated FFF Fest performance due to illness.

This is a rare performance for Ms. Hill, and FFF Fest is her only 2015 Texas date. As a member of The Fugees, Ms. Hill went multi-platinum with the 1996 release, The Score. The Fugees became one of the most prominent rap acts with hit singles "Killing Me Softly," "Ready or Not," and "No Woman, No Cry." In 1998, Ms. Lauryn Hill released her solo debut album, The Miseducation of Lauryn Hill, and became the first woman or hip-hop artist to win five Grammy Awards--for album of the year, best new artist, best female R&B performance, best R&B song ("Doo Wop (That Thing)") and best R&B album. Most recently, Ms. Hill executive produced and recorded six songs for the 2015 release Nina Revisited: A Tribute to Nina Simone.

To improve the festival fan experience, FFF Fest is offering fans the ability to pick up and buy festival tickets (including single-day, weekend, and Ultimate Smooth Passes) daily in-person at the first-ever Fun Fun Fun Fest Funderdome located at 908 E 5th St #106c Austin, Texas 78702 until November 8. More information on the Funderdome events can be found via the FFF Fest Facebook page at facebook.com/funfunfunfest.