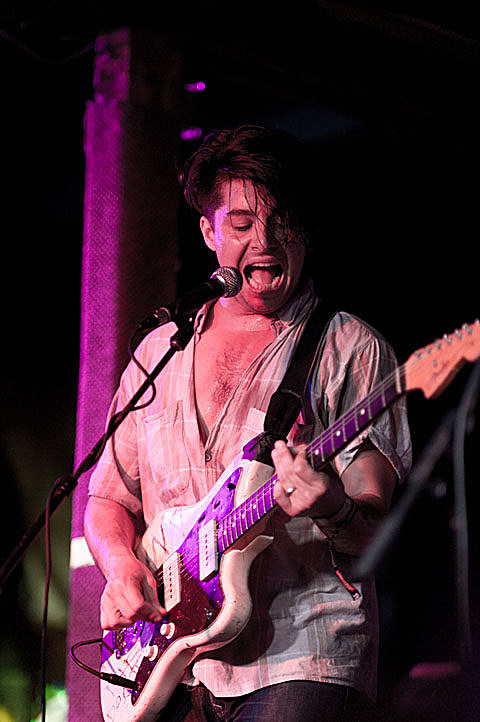 Delta Spirit, who played one of the last shows at Emo's Outside last year, will play one of the first (relatively speaking) at the new Emo's East on 4/13 as part of a tour with WATERS that also begins right here in Austin at SXSW...

"There's a reason that the third album by Delta Spirit is self-titled: "Because this album is what we think Delta Spirit is," says lead vocalist Matt Vasquez. Delta Spirit will be released by Rounder Records on March 13th, the Tuesday of SXSW Week. "We found the sound that we've been looking for, that we've been growing into, and as soon as we hit on it, we ran with it," says Vasquez. The band realized their vision in sound with producer Chris Coady, who has worked with artists like TV on the Radio, the Yeah Yeahs, Smith Westerns and Beach House.

Delta Spirit recorded at Dreamland in Woodstock, NY, in a converted 1896 church. They experimented both sonically and structurally with their new material, writing songs with no choruses and generally throwing off simple verse-chorus-bridge conventions. With an album in hand that they feel is true to what Delta Spirit is all about, the band will follow their SXSW appearance with a 30-date national tour. They're known for bringing a raucous energy and exuberance to every performance." [SXSW]

Stay tuned for their full list of 2012 SXSW shows, but so far we know (via ShowlistAustin) that one of them will be a free in-store at Waterloo on 3/13.

Meanwhile, tickets for the post-SXSW Emo's East show are on sale.