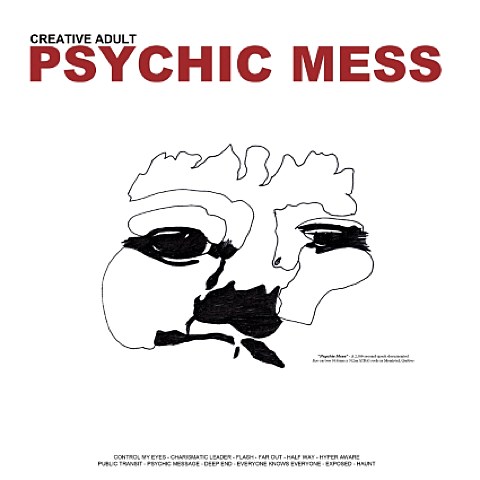 In terms of modern punk bands, fans of Ceremony, Pissed Jeans, and The Men will probably dig these guys. Like those bands, Creative Adult bring in decidedly non-punk influences; in their case it's heavy atmospheres that fall somewhere between post-punk, shoegaze, and Sonic Youth. It makes a lot of sense that they chose Godspeed You! Black Emperor's Efrim Menuck to produce the record.

We wrote the above at BV about San Francisco punks Creative Adult's debut album, Psychic Mess, which comes out next week (2/25) via Run for Cover. You can hear it before the release date though, it's streaming in full below.

Creative Adult are doing some touring this year which has them in Austin for SXSW and then Dallas for Spillover Fest. At SXSW, they'll play the Flowerbooking/FatCat showcase at Holy Mountain on Thursday, March 13 with We Were Promised Jetpacks, Dead Gaze, Bronze Whale, Slow Magic, Breton, Kodak to Graph and others. They play at 9 PM on the outside stage. Full schedule below.

As mentioned, you can also catch Bronze Whale at the BrooklynVegan/BV Austin-curated portion of the Flatstock Stage.