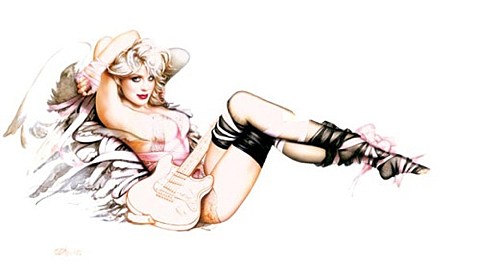 Courtney Love is going on a tour this year with most of the lineup from her 2010 "Hole" tour and a new bassist that she is currently looking for on Craigslist. She's got a new solo record on the way too, tentatively titled Died Blonde, and it's seeming more likely that we'll hear more solo stuff than Hole classics on this tour.