CocoRosie in NYC in May (more by Amanda Hatfield) 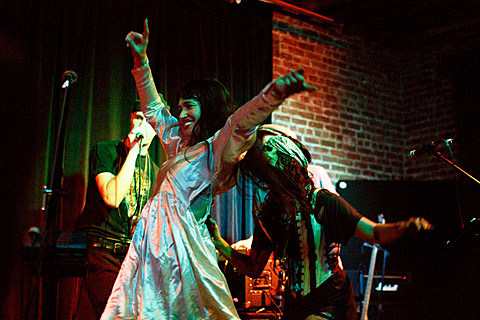 Freak folk sister duo CocoRosie released their new LP, Tales of a Grass Widow, this past May, and have since announced a tour in support of it. That tour comes to Austin on November 2 at The Belmont and Houston on November 3 at House of Blues. Tickets for the Austin show and the Houston show are on sale now.

CocoRosie just made a video for the track "Child Bride," from their new album, which you can watch below. All tour dates are listed at BrooklynVegan.