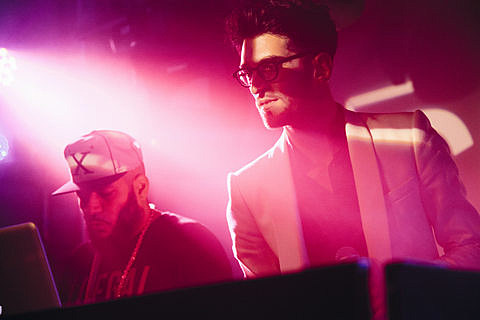 Chromeo recently announced their new album, White Women, will be out May 12. You can check out a track from it called "Come Alive," which features Toro Y Moi, at the bottom of the post.

Before the album drops, the duo will be going on their "Come Alive" tour, which kicks off in Texas with shows in Houston on April 6 at House of Blues, Austin on April 7 at Stubbs, and Dallas on April 8 at House of Blues. TOKiMONSTA will be opening all three dates. Tickets for Houston, Austin, and Dallas are on sale now.

Full tour information and more at BrooklynVegan. Stream the new track and watch the album teaser below...