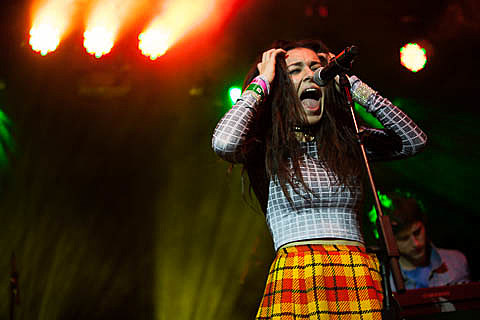 Charli XCX played SXSW earlier this year and just wrapped up a tour with Marina & The Diamonds in support of her debut album, True Romance. The album brought her praise for her neon dance beats and even charted on the Billboard Hot 100, and this success is bringing her to bigger venues across North America. Continuing with her non-stop tour schedule, she is set to kick off another electro-pop filled tour in late August and will be returning to Texas for three shows with Kitten. The shows will be in Houston September 27 at Fitzgerald's, in Austin September 28 at The Parish, and in Dallas September 29 at Club Dada. Tickets for Houston, Austin, and Dallas tickets are on sale

Videos, including a live performance at SXSW this year, below...