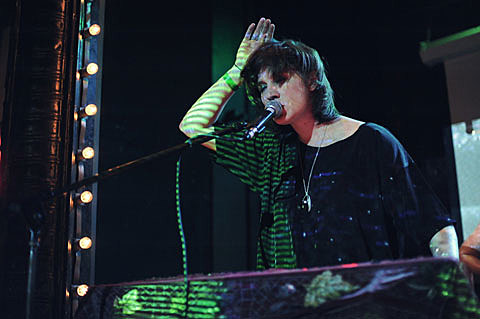 Welsh singer Cate Le Bon is releasing her third album, Mug Museum on November 12 via Wichita/Turnstile. She's released a trailer for the upcoming album with behind the scenes footage from the studio, which you can watch below.

She'll also be heading out on tour this December, which will bring her to Texas in the new year for three shows: Dallas on January 7 at Three Links, Houston on January 8 at Fitzgerald's, and Austin on January 29 at Mohawk. Tickets for Dallas, Houston, and Austin are on sale now.

Some of those dates (none of the Texas ones, unfortunately) will be with Kevin Morby (The Babies, Woods), whose forthcoming album Harlem River Le Bon sang on. You can stream the track, "Slow Train," below.

Full tour information and more at BrooklynVegan. The video trailer for Mug Museum and song stream below...