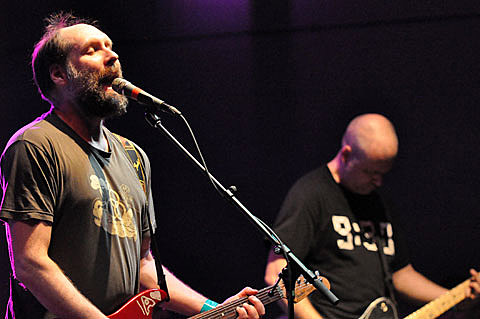 Boise's Built to Spill have announced they will embark on a fall tour that includes a slew of Texas dates: Dallas on November 21 at Granada Theatre, Houston on November 22 at Fitzgerald's, Austin on November 23 at Stubb's, and El Paso on November 24 at Tricky Falls. Slam Dunk and Genders will open all four dates. Tickets for the Dallas, Houston, and Austin shows go on sale on Friday (7/26). No on sale time at the moment for the El Paso show.

Full tour information at BrooklynVegan. Watch a live video of the band at SXSW 2012 below...