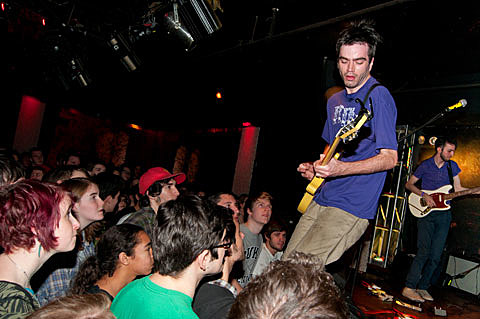 As just mentioned on BrooklynVegan and published on SXSW's website, the main BrooklynVegan official SXSW showcase this year will take place Wednesday, March 14, 2012 at Bar 96 (across the street from Lustre Pearl and where Dinosaur Jr plays two nights later).

The reason I haven't really formally announced it before now, is because we had a major cancellation and so the midnight slot is still TBA! BUT, meanwhile, it looks like this:

Screaming Females and Titus are also touring their way from NJ to SXSW together. Stay tuned for more details!

BrooklynVegan also has a Tuesday night official showcase TBA, and one on Friday at Scoot Inn.